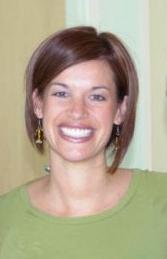 The director of Fraternity and Sorority Life ended her stint at the university Monday in favor of a position at Baylor University, becoming the fifth member in that office to leave the university in the past year.

Katherine Reed’s reason for leaving is a personal one: she will marry in November. The former director of Fraternity and Sorority Life said she hoped there were no sinister thoughts as to why she and so many have left the office.

“These positions are normally entry-level and have a life span of about two to three years,” Russel said.

Many who hold these positions have come from within the university and are working on their master’s degrees, while subsequently finding positions at other colleges and universities around the country, he said. Schutts left the university in December and accepted a promoted position at Southern Methodist University, while Lemm left in August of this year and now works for the University of South Dakota, Russel said.

Parker, who also left the university this year to become dean of students at the University of South Dakota in June, told the Skiff in September 2008 that he found the new title more suitable for someone who would hold such responsibilities.

Russel said there is a plan in place to fill Reed’s position, but he could not talk about the plan because it was not yet finalized.

There already has been a posting for a replacement, Russel said. The intention is for anyone, inside or outside the university, to submit an application or inquire about the position, he said.

The Fraternity and Sorority Life office has a staff list with seven positions, but after Reed’s departure, only five positions remain filled.

Reed said she has no worries about the office being understaffed. She said the experience, competence and work ethic of the staff would leave them in a fine working condition.

“We’ll be short-handed in terms of people, but not in expertise,” Berlin said. “Everyone in the office is completely qualified.”

Reed worked in Greek services at Baylor for two and a half years before she filled the director’s position at TCU. She said she mainly dealt with the Fraternity Council, Multicultural Greek Life and the National Pan-Hellenic Council. When she returns to Baylor, she plans on taking a position in Career Services. Her fiance works in admissions at Baylor.

“That’s the decision I had to make in order for me to be successful in a marriage and a family,” she said.

Applications for her position are already beginning to come in, Reed said.