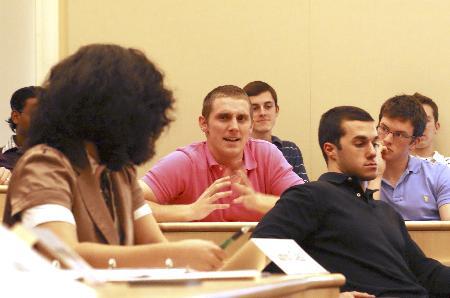 The Student Government Association House of Student Representatives overwhelmingly voted Tuesday night to uphold a presidential veto against the bill that would end the runoff system of SGA elections. The final vote count was 28 in favor of the veto and 7 opposed, with three representatives abstaining from voting.

The bill, when introduced before the House on Feb. 3, faced little objection or debate.

Despite the bill’s intended effect of ending runoffs, one part of the text read, “To win a position, a candidate must receive the majority of total votes cast.”

The vagueness of the bill’s language was a reason for the veto, Johnson said.

“There is not one clear way to determine what the author of the legislation meant,” she said.

The bill’s author, Andrew Pulliam, College of Science and Engineering representative, said he intended to change the election process to determine the winner by simple plurality, or in other words, by the greatest number of votes.

“I changed my mind because I realized the president, Kelsie Johnson, brought up a good point in that a candidate could win the election with only 26 percent while 74 percent voted against that candidate,” Altenberg said.

Marlon Figueroa, SGA treasurer, spoke in favor of the veto and said he was disappointed over the lack of debate last week.

Figueroa won last semester’s election because of a runoff decision. He has no vote in the House.

“I think people realized the importance of this bill’s impact on the student body code,” Figueroa said.

Johnson said that because the bill was vetoed, it cannot be reintroduced to the House, but the authors can make changes and introduce a bill with a similar topic.