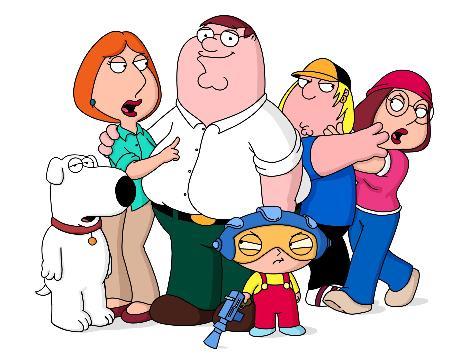 Whoever thought a show with a talking baby and dog would be such a hit?

On Sept. 27, “Family Guy” premiered for its eighth season, a great feat considering the show has been canceled twice. However, the show about a dysfunctional family, the Griffins, in the quaint little town of Quahog, R.I., simply does not want to die. “Family Guy” has now put itself along “The Simpsons” as one of those great cartoons that kids shouldn’t watch.

Ask college students if they’ve seen “Family Guy” and you’ll probably get a happy face recalling one of the many clever and hilarious cutaways (when one of the characters says, “Just like that time when…” and then it cuts away to a joke irrelevant to the plot) or some ridiculous scheme that Peter, the main character, came up with. For instance, Peter once ate a whole bunch of nickels to try and break the world record. He subsequently went blind.

Sometimes the jokes are so offensive, like when Stewie, the evil baby genius of the family, got a job following fat people around with a tuba, that you can’t help but just laugh and say, “Oh my God! I can’t believe they did that!”

Don’t think it’s all just potty humor either. The show’s knowledge of pop culture and original music scores give it an edge that no other show, cartoon or otherwise, has. Sunday night was no exception. From the McDonald’s mascot Mayor McCheese being shot in JFK-like fashion to Chris winning a homosexual as a prize at a carnival, the show was sure to offend and make people laugh.

“Family Guy” is of course not without its critics. Everyone remembers the “South Park” episode where the writers of “Family Guy” were depicted as manatees who put random jokes into a machine with results like winning a date with Gary Coleman in Mexico.

“Those cutaways are the hardest things in the world to write,” creator of the series Seth MacFarlane said in a interview with “Maxim” magazine. “What we’re trying to do with those cutaways is an animated version of a newspaper cartoon.”

The other animated Fox show, “The Simpsons,” has also taken its shots. In one episode, while an Italian police officer looks through a book of criminals, it shows a picture of Peter Griffin’s face with the word “plagiarismo” underneath.

All this does not even mention the criticisms coming from groups like the Parents Television Council that have consistently put the show as on the “worst prime-time shows for family viewing.”

However, the creators of these shows and the members of these organizations are just jealous of the new success and genius that “Family Guy” has demonstrated and that it has risen the standard of what is good television.

With an audience of 10.2 million for its premiere, fans don’t seem to mind the criticism. They watch “Family Guy” because it’s funny, witty and entertaining. The show looks like it’s not slowing down and will be around for a long, long time. If you haven’t seen this show yet, you’re definitely missing out on a wonderful experience.