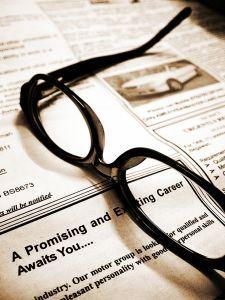 There’s a reason why they call it job hunting. You compete with countless other equally qualified candidates for that dream job. The layoffs and challenges that employers face in a recession seem to only complicate your search further.

John Thompson executive director for career services, helps students write better resumes and improve interviewing skills every day. By Thompson’s estimation, he has counseled more than 7,000 students in 29 years, keeping in touch with some them. Thompson admits there could be a hundred things to consider when job hunting. Here are some tips to keep in mind when you start looking for your next job.

Thompson said searching for a job opening and competing for that coveted interview can be like a war. You have to start with a hit list of targets, the jobs you think would make you the happiest.

Your next move is to build your resume. Thompson said that every job applicant should list the leadership positions they had in their previous jobs. This shows what prepared them for their next positions, rather than merely listing their day-to-day duties.

“Were you responsible for putting together a schedule? Did you have to do inventory on your shift?” Johns said. “Those are what we call ‘professional skills.’ They transfer very nicely into other occupations.”

Don’t get discouraged if your phone isn’t ringing off the hook with replies. Thompson said you shouldn’t rest on your laurels.

“I’m telling seniors that you plan on three letters a week to companies you want to work for,” Thompson said.

Johns suggested that students should go to job fairs, corporate seminars and other company gatherings to get your name out and build a network of connections.

“We do stress that as busy as you are looking for job postings, you need to be just as busy networking,” Johns said.

When the phone finally rings and the interview is scheduled, you have to figure out how to make the best possible impression on your potential boss. Even if the dress code for the job itself seems relaxed, Thompson advised that you don’t dress down for an interview.

“Casual can mean not wearing a suit but a sport coat instead,” Thompson said. “Maybe it will be the only time you will ever wear a tie in front of that person, but you will be remiss if you wear shorts and a hoodie.”

Here’s the scenario: You turn in your application and you second-guess yourself over a name in your contact list. Your boss-to-be looks at your list of former employers and you keep your fingers crossed that he or she won’t call your old company where you are persona non grata.

Take a deep breath. Thompson said there are legal limits when it comes to what your past and future bosses can talk about.

They can talk about your past performance only if they have your permission, but Thompson said even this treads some murky legal waters. Even the code questions that were used in the past to get around this law like, “Would you hire this person again?” have been discouraged.

You might have even thought about leaving that former boss off your resume. Thompson said that this can be a mistake that could cost you the job if it is offered to you.

“The application is a legal document if you lie or leave some out, they can fire you after you get the job,” Thompson said.

The best way to avoid this problem is to stop it at its root. He reminds you to always try to leave your employers on the best terms possible. Whether that means leaving a note thanking your boss for the opportunity to work there or just avoiding getting fired in the first place, Thompson said that you must perform at your best so you won’t have to worry about this step.

Thompson suggested an employer many might not have considered in the wake of the U.S. economic downturn: companies who have recently made massive layoffs.

As older, more skilled and higher-paid employees are laid off, Thompson said the back door of opportunity is open for younger and less experienced workers. What does it come down to? Less wages and cheaper labor are the bottom line.

Thompson said there are 45,000 students in Texas who get college degrees every year. That’s 45,000 people armed with the same tools as you. The edge that Thompson said will give anadvantage over other applicants who may have the same college pedigree and grade point average is experience.

“Whatever you can do to get an internship or part-time job with experience, that’s the thing that’s going to separate you,” Thompson said.

Johns suggested internships, career programs or other opportunities that have you working at a company and receiving the skill set required for a full-time job so employers looking for their next employee won’t have too far to look.