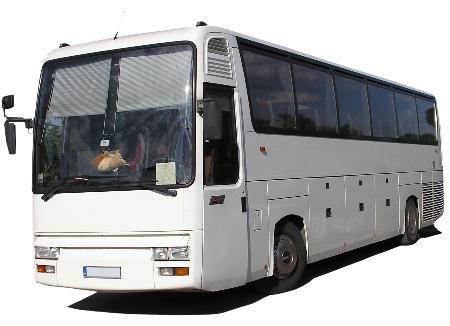 As you step out on the street, ready to speedily cross University Drive as a bus laden with all sorts of passengers speeds past you, you automatically hold your breath to avoid the fumes. As it passes by, you notice the familiar smog and stench of diesel exhaust is missing. Where did it go?

The slightly acrid smell and smog buses normally produce is essentially non-existent in Fort Worth. This is due to the city’s not-so-recent incorporation of Compressed Natural Gas (CNG)-powered buses into their transportation system.

Fort Worth’s bus system, simply known as the T, claims that nearly 100 percent of their buses run on CNG. This is a boon for many aspects of the city. The most obvious positive aspect of a CNG-fueled bus system is its impact on the environment. According to CNN.com, CNG-powered engines in general produce 90 percent less smog-forming emissions than their gasoline and diesel-powered counterparts.

This near-absence of smog producing buses has helped Fort Worth make great strides in becoming a “green” city. The elimination of smog-producing buses from the city not only helps make Fort Worth a green city, but it is also great for the pedestrians and “city-folk” who live and work downtown. The city folk can breathe easier downtown knowing the fact that there is much less smog and exhaust pollution in the area becasue of the clean burning buses and Fort Worth’s gradual phasing in of CNG-powered work trucks, cars, and city vehicles.

The CNG-powered buses are also great economically for the city, as CNG is currently a much cheaper fuel than diesel. CNG prices are now hovering around $1.95 per gallon, compared to diesel prices around $2.60 per gallon.

The savings here are quite evident. CNG is not only cheaper but it is a native resource for Fort Worth. The Barnett Shale natural gas formation is extremely prolific throughout Fort Worth, Tarrant County and much of North Texas. This means that we are using the great state of Texas’ own resources, not importing any more foreign oil than we have to. We are also creating local jobs and helping to reinforce a stable Texas economy.

Considering the many benefits of converting a city’s bus or mass transportation to compressed natural gas, why do other cities not follow suit? The primary reason for this feet-dragging is economics. Your run-of-the-mill diesel mass-transit bus costs about $250,000. The cost of a CNG-powered bus is around $300,000. Most cities do not want to open their coffers for the environment’s sake. It is economics vs. the environment and in most cities, greed and the bottom line wins. If other cities follow Fort Worth’s CNG-powered bus protocol, and become cognizant of its benefits, CNG will eventually become the norm for mass transportation, and the environment will thank us.

The next time you ride the bus to downtown Fort Worth from campus for a night of carousing, be glad knowing that you are being green and supporting the Texas economy.

But you still might want to hold your breath. Natural gas is not the cure for that locker room smell.

Danny Peters is a junior psychology major from Fort Worth.