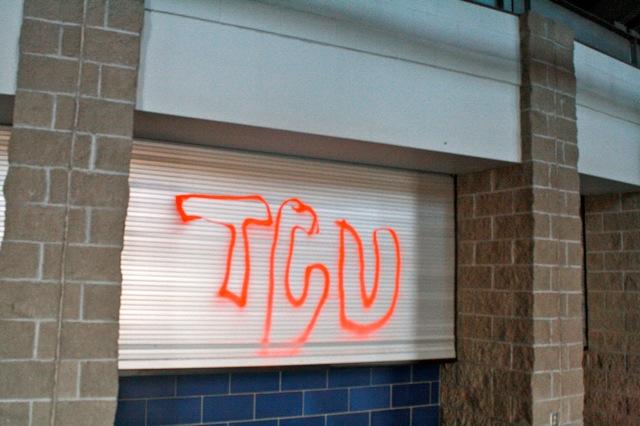 Kent Best, executive director of news and communications for SMU, said the vandals sprayed 15 or 16 sections with TCU-related messages using an orange-colored aerosol foam similar to silly string on concession stand covers around the stadium and on a golf cart. Most of the messages were “TCU” and “TCU Frogs,” according to photos on smudailymustang.com.

Best said he did not know the specifics regarding the monetary value of the damage done to the stadium, but said that it would be inexpensive and should be completed by today.

Best said in a Daily Mustang article that there were cameras outside the stadium but that the vandals were not caught on tape. He added that they do not have any suspects as of Thursday evening.