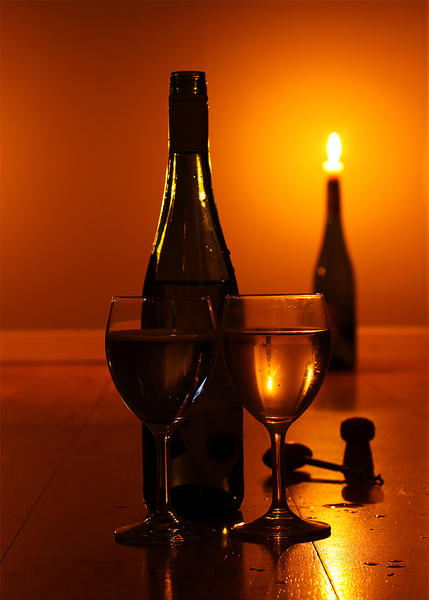 When I was a little girl, my mother allowed me to keep a candy drawer in the kitchen. It was not locked and I was rarely scolded for partaking in the occasional before-dinner indulgence. For years I had that candy drawer. I stuffed it full of sinful sugary sweets and loved offering some to my friends whenever they’d visit. However, that’s where I noticed a very odd trend.

Whenever I would offer a chocolate bar or handful of gummy-worms to my guest, she would look upon me with disbelief, stealthily survey the surrounding and then engorge herself ad nauseam with not only my offering but also a large part of my drawer. I hardly ate candy in that amount, perhaps at Halloween or Christmas, but never at something as simple as a sleepover and certainly never that quickly. Why would my friend, a little girl, like my former self, eat so much candy in so little time? And why the secrecy as if my mother were to come “round corner, purple with rage?

The answer came many years after my candy drawer, when I began to get calls at 1 a.m. from intoxicated schoolmates, or saw the hungover faces of friends and acquaintances.

I grew up in a home with a very heavy English influence. In England, the legal drinking age is 18. At 5, youths may consume alcohol at home in the presence of a parent or guardian. At 14, a youth may imbibe a shandy (a bizarre concoction of fizzy lemonade and lager) or other alcohol bought by a guardian in a restaurant. but only in the presence of family. The legal driving age is 17. In my house, alcohol was never taboo, like the candy drawer.

I’d watch my parents partake and not think twice. Drink was not something to “get buzzed” on, it was a nice complement to a meal or a mark of celebration, just like my confection collection. There was just there, nothing to be pursued, begged, or deceived for. But it seems the opposite is true in American culture.

Every commercial. radio or internet ad featuring alcohol explicitly features an extremely sexually-charged sense of escapism. The perfect bait for those seeking a good time, but what is that good time? Getting so wasted you can’t even remember the night before? The advertisers think so, and since commercials have such a huge impact on our perception of products and experiences, the American public does too. Yet there are other factors in this, which perhaps influence these ads.

When we are young we are all told that alcohol is a vice among vices. We all remember going to seminars in elementary school that preached the evils of alcohol, and being the impressionable little idiots that we were, promised never to come near it, to never even try it, lest we suffer the consequences. Been there, done that, bought the bloody T-shirt. So why do such large percentages of underage high school and university students abuse alcohol?

Well, here the parallel between this genuine problem and my friends’ candy comas is drawn. When something is made a social taboo, it immediately becomes a temptation 8212; doesn’t matter what it is: sex, drugs, alcohol, candy. If we are told not to touch it the more likely we are to abuse it beyond reason. This is made flagrant with adolescents, whose developing frontal lobes and obsession with social acceptance make them particularly vulnerable to the pull of temptation.

Alcohol is a preferred taboo among many youngsters due to its easy availability and promise of escaping your ever-so-bland teenage existence. American culture has a most interesting way of taking something and warping our view of it. The ads tell us that we are not complete, fun, enjoyable people if we don’t partake in their fermented, flavored, buzz-inducing plant juice, but the public school system and well-meaning parent groups tell us that we will become foul, evil, smelly beasts if we do.

What kind of message are we trying to send here? Or better yet, do we even know the message we’re sending?

Samantha Hunter is a freshman anthropology major from Fort Worth.