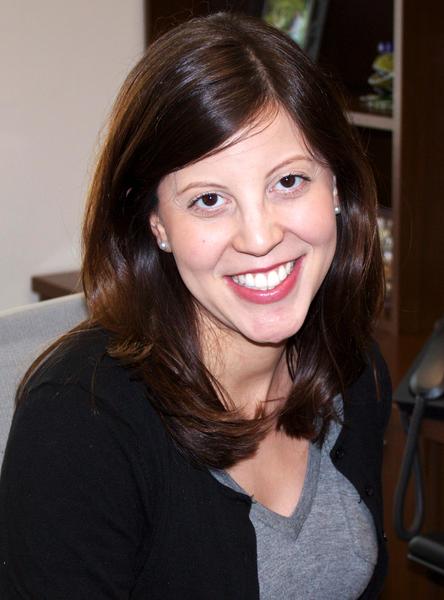 Admissions counselor and mother-to-be Alexis Olympia wanted the gender of her first baby to be a surprise. Unlike most mothers, however, Olympia did not wait to find out her child’s gender at the baby’s birth. Instead, she found out by cutting into a custom-made cake, revealing either blue or pink filling, during a live broadcast of Good Morning Texas.

Were you surprised by the result?

“I had a hunch it was a boy. They say moms have this intuition…I wrote [my husband who is stationed in Afghanistan] an e-mail the night before I went to do the reveal and said, “I just want to document that I think it’s a boy. I just have this feeling, I just want to put it in writing.'”

What made you want to find out your baby’s gender this way?

“I was actually at a doctor’s visit…and she just asked me if I would be interested in finding out that way. She is good friends with the Sublime Bakery…so they were kind of working together to promote this new idea. They’re called baby reveal cakes. So she said, “How would you feel about finding out on live television?’ And I said, “OK…tell me more!’ I thought, why not? What better way to share it with everyone?”

What was it like to find out on live television?

“It was a lot of fun, actually. I think I was more nervous about just finding out than really being on TV.”

“The Good Morning Texas anchors were really nice people, very genuine, so that was neat. I felt they were just as excited as me to have this be a part of the show. Since my husband wasn’t there, I didn’t have any family there8212;it was kind of neat to share that with them. They made it really special. You wait in the green room in the back for them to bring up your segment, and you’re really just waiting and waiting, so that definitely builds up the anticipation. Then you go on, and you see the red light come on, and you’re live! It was exciting. And like I said, I was really just distracted about finding out, cutting into that cake.”

The producers of the show tried to get your husband, who was stationed in Afghanistan at the time, on the phone for the reveal, but couldn’t reach him. Were you eventually able to contact him and let him know the result?

“Yes, we did. It didn’t work in the segment they had planned, but then in the last…three minutes of the show, they had some time left, and at that point we called again and were able to get through. So we did make it, even though that isn’t online, it was on TV.”

What was his reaction?

“Oh, [he was] so surprised, so happy. He did think it was a girl, so he was very shocked. Of course, every man wants a boy, so he was really excited. And then, his reaction was funny too. He was like, “Well, my wife is right again.’ That was really cute, too. And I think that once I told him, that made it very real. It was kind of cool.”