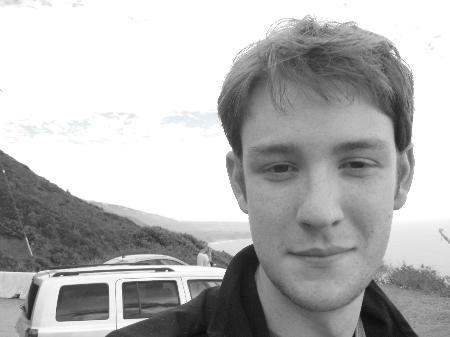 His high school friends called him foolish for skipping his high school senior year, but senior finance and entrepreneurial management major Ian Magladry has no regrets.

He enrolled at TCU as a freshman his senior year of high school at 16 years old with only one thing in mind: getting ahead. This December, he graduates at 20 with a 3.6 GPA from the Neeley School of Business.

“The real source of motivation is getting things accomplished,” Magladrysaid.

By getting things accomplished, he meant something more challenging. Magladry grew up in El Paso and attended Coronado High School. In October 2004, he decided to graduate high school early because he wanted a change.

It was within reach to graduate early, and Magladry was tired of living in El Paso, he said.

Magladry took a written equivalency test and attended night school to be eligible for graduation with the 2005 senior class. He attended prom, and he walked in the class of 2005 graduation.

Magladry said most of his friends were already seniors, and the friends in his graduating class didn’t consider his decision out of character. His friends might have supported his decision, but his high school basketball coach wasn’t thrilled about his 6-feet-9-inch center not returning for the 2005-06 basketball season.

The coach was upset with Magladry’s decision and tried to convince Magladry to move in with him so that Magladry could play his senior year, Magladry said.

In spite of this, Magladry decided to miss his last year to play high school basketball to pursue his college degree early. His parents stood behind his decision.

Both of Magladry’s parents supported the decision, but his father definitely influenced him, Magladry said.

The same year Magladry graduated from high school, his parents were in the process of moving. Not sure where his family would take him, Magladry applied late in the application cycle for TCU, but was later accepted. His parents decided to move to Rancho Cucamonga, Calif., miles away from the place he knew as home.

“I moved my parents from El Paso to California, spent four days in California and then came straight to TCU to start college,” Magladry said.

In fall 2005, Magladry had a new home, new school and new friends. Even though most of his peers were older, Magladry didn’t consider his age a barrier in his transition to college life.

“There certainly weren’t really any academic barriers,” he said. “I felt like I was capable of doing the work.”

His freshman year, Magladry had to depend on friends to buy cough syrup for him when he had a cold because he was too young to purchase it himself. However, he didn’t experience a lot of problems with being younger than everyone else, Magladry said.

Like most college freshmen, Magladry had trouble finding other students with similar interests during his first semester. He lived in Brachman Hall, which is located within the Greek residential area, but he had no interest in Greek life. In spring 2006, he decided to look elsewhere to find friends and joined the volleyball club.

“My volleyball teammates created a good network of people to hang with,” he said.

School activities made his transition into college life better, but courses like business law and international business allowed Magladry to explore a new interest: business.

Magladry started his freshman year with the intention of studying political science with a minor in history. After taking his first economics course, Magladry changed his major to prebusiness. After entering the Neeley School of Business, he declared finance as his major after taking his first accounting course.

This class gave him a good idea of the heart and science of business, Magladry said.

Later, Magladry added entrepreneurial management as his second major because it’s not strictly based on numbers.

Magladry said he enjoys people more than numbers, and entrepreneurial management allows him to have a more humanistic approach to business.

One of his first projects had to do with how businesses can help people. In his freshman year, he was heavily involved with a project to raise wages for TCU employees to decrease the need for employees to work multiple jobs for a living. Magladry considers taking care of people a necessity in business just as much as making money.

His understanding of social responsibility is what makes Magladry admirable, said Garry Bruton, professor of management.

Bruton met Magladry while teaching international business, which Magladry credits as one of his favorite classes at TCU.

Bruton described Magladry as a personable student who had a lot to contribute to classroom discussion.

Professor of finance Peter Locke had a similar experience with Magladry in his advanced investments course.

“Ian was always engaged, and that’s just fantastic for a professor,” Locke said.

Both professors agreed that Magladry has a lot of creativity, and that he enjoys challenging course material. The professors said they expect a great future for Magladry in business.

Now that graduation is near, Magladry’s next goal is getting into law school next fall. He’s currently interested in studying a range of topics from corporate litigation to international and comparative law.

After four years at TCU, Magladry says he enjoyed his experience socially and academically.

“It’s definitely changed my perspective on viewing the world and viewing business, and shaping my desires on who I want to be later in life,” Magladry said. “Whether in a positive or negative light, is yet to be determined.”