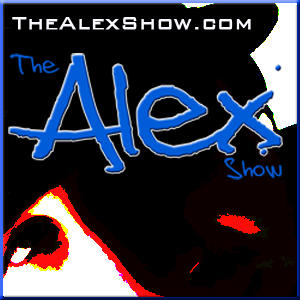 FORTWORTH, Texas — After almost a year of trying to find an open time slot for a campus radio talk show, a group of students aired its first broadcast in January.

The hosts of “The Alex Turner Show” have already gained an audience that reaches beyond campus.

Michael Ma, a sophomore film-TV-digital media major and co-host of “The Alex Turner Show,” said the show is a campus radio talk show that focuses on politics, society and sports. The TCU-based show has expanded its audience and has listeners from other area colleges and universities including the University of North Texas, Texas Wesleyan and Southern Methodist University.

People on the show discuss issues regarding the success of the United Nations, health care and affirmative action, Ma said.

Alex Turner, a sophomore political science major, said he decided to start the radio show because there wasn’t a similar broadcast on campus. He said he wanted to create a talk show that would cater to college students.

“It was just something I had a desire to do because it wasn’t done,” Turner said.

Turner said the hosts offer college students’ perspectives on a variety of social and political issues.

“Students need to be prepared with what is happening in the world before they enter it,” Turner said.

“The Alex Turner Show” is made up of four minority hosts, and its goal has changed since the first air date in January, Ma said.

“The overall goal was to basically just establish a radio talk show to connect the campus,” Ma said. “Not only has it connected TCU, it connects the people within the Metroplex.”

Ma said he hoped the show could provide a minority voice and minority perspective on political and social issues.

As of April 8, “The Alex Turner Show” Facebook fan page had more than 200 fans.

“The Alex Turner Show” will air live from the Campus Commons during Diversity Week, highlighting the ideals behind diversity, Turner said.

The Diversity Week broadcast will feature a guest host, Judge L. Clifford Davis. Davis worked on the Brown v. Board of Education of Topeka case, Turner said. In the landmark Brown v. Board of Education case, the Supreme Court ruled that separate schools for whites and blacks was unconstitutional and paved the way for integration. Davis also helped integrate the Mansfield Independent School District.

Davis is going to answer questions regarding a variety of aspects of diversity and speak about some of his personal experiences, Turner said.

The Diversity Week broadcast will also discuss how universities can obtain a wider range of diversity in enrollment rates, Turner said.

Ma said the Diversity Week airing will focus on multiple issues, including highlighting what real terrorism is. Hosts will discuss terrorism along with generalizations regarding the Islamic community, Ma said.

Diversity Week is also the same week as Islamic Awareness Week, and the radio show will cover both topics in the live airing.

Andrew Wong, a senior strategic communication major and co-host of “The Alex Turner Show,” said one discussion topic on the agenda for the broadcast is why certain ethnicities are automatically associated with terrorism.