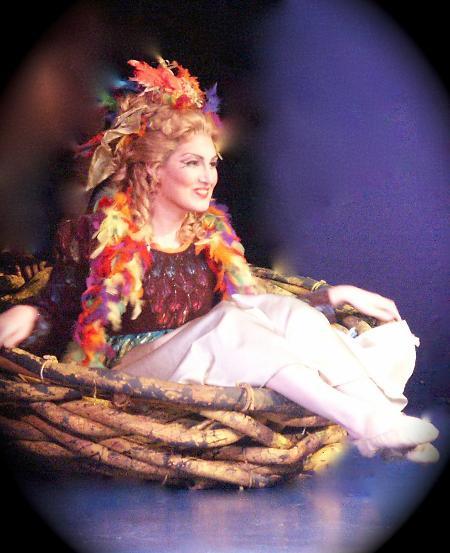 Voice performance major Suzanne Vinnik probably isn’t the only 22-year-old who dreams of making it big as a singer in New York.

But Vinnik doesn’t want to write the next chart-topping single or see her face on MTV. In fact, the Las Vegas native said she barely follows pop music.

“I pretty much listen to opera constantly,” the soprano said. “Sometimes I need a break from it, so I’ll just listen to whatever’s on the radio, but it’s pretty much all I listen to.”

Vinnik is already a step ahead compared with some of the other aspiring vocalists headed to New York. She signed the lease on an apartment in November, and she’s scheduled to make her Carnegie Hall debut next May. Vinnik said she’s lined up several other singing engagements in the city and other East Coast locations.

“She just goes for it,” Odabashian said. “A lot of people in the music school really want to be singers, and they do all they can to do that, but Suzanne’s been going to auditions all semester. She’s taking really big steps and really big risks to follow her dream.”

“She’s fully capable of taking care of herself,” he said. “I think the city should look out for her.”

Vinnik said she can’t wait to leave school behind and start her career as a professional singer in New York.

“This is exactly where I belong,” she said. “It’s fast-paced, like me, and people are no-nonsense. There’s just so much culture here with all of the opera companies and the symphony – it’s where the heart of classical music is.”

The world of classical music is a small one, Vinnik said, so she already knows plenty of other opera singers who live in New York. She said her biggest concern is finding a day job that pays well enough for her to pay for voice lessons and travel but won’t take up too much of her time.

“I want to do something still involved with music,” Vinnik said. “So I’ve been thinking about either studying PR or working with an opera company as an intern.”

Vinnik said she has also considered the idea of working as a fashion consultant for other aspiring opera singers.

“As an opera singer, you’re a travelling salesman and you’re selling yourself,” she said. “There are people who go in there and they look like they rolled out of bed. It’s like a business. You should look professional. You would not believe how many opera singers are out there, all fighting for the same parts.”

Vinnik’s been in the business long enough to pick up a few tricks over the years. She got her first big break in Las Vegas at age 8.

San-ky Kim, one of Vinnik’s voice professors, said Vinnik’s talent was so advanced he sometimes wondered what she was doing at TCU.

“She came here at 18 with a vocal instrument that was pretty mature for her age,” Kim said. “We cannot really provide her with all of that opportunity within the school because of the talents she has. I wish I could have just pushed her out of the school system to go even further in the professional world.”

Vinnik said she and Kim got off to a “bumpy” start her freshman year, but she’s come to respect him in the last few years.

“He really helped me graduate and do my senior research project so I could get out as soon as possible and start singing,” Vinnik said.

Singing opera always interested her far more than her studies, she said.

“Being in the academic world made me realize that I want to be a performer,” Vinnik said. “I want to be on stage; I don’t want to study and read books about things I’m not interested in.”