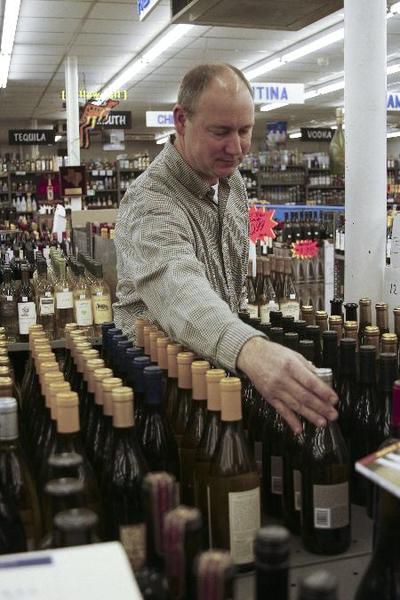 The recession may be compelling many Americans to alter their spending habits, but it certainly isn’t keeping students from purchasing alcohol.

While many businesses around the nation are experiencing alarming decreases in sales, several reports have shown that the alcohol industry looks to be relatively stable. One local liquor store manager said sales have increased about 5 percent from last year and that he’s not at all surprised by the trend.

Labovitz said that many of his customers aren’t even limiting how much they spend. He said that for the most part current purchases have been consistent with those in the past, possibly because of the natural gas industry supporting the North Texas economy.

According to a study conducted by the Perryman Group, an economic and financial analysis firm in Waco, the Barnett Shale has created more than 80,000 jobs and pumped more than $8.2 billion into the local economy since 2007.

Sam Frichithavong, owner of Bluebonnet Liquor on Bluebonnet Circle, however, said he may not be seeing the same purchasing power at his local liquor store.

Frichithavong said that he was not comfortable with the subject matter of the interview before he said his store is “going through a tough time.”

Summer McGowan, a junior modern dance major, said she was taken aback to learn that the alcohol industry is fairly unscathed. She said that she would expect alcohol sales to drop and was surprised to hear that students were not cutting back on alcohol in these times of financial uncertainty.

“I wouldn’t expect people to spend money on something like alcohol,” McGowan said.

Labovitz said that Kings Liquor, which is owned and operated by the Labovitz family, has been a staple in the community since the 1960s and that loyal student-customers have kept his family’s business thriving.

Many students agree that alcohol will continue to be a constant at social gatherings regardless of what the economy looks like.

Britton Lee, a sophomore communications major, said that the ailing economy won’t keep him out of the liquor stores.

“We’re in college. Everyone’s going to buy it,” Lee said.

Check the video player on the top right for student reactions and an interview with a local liquor store manager.