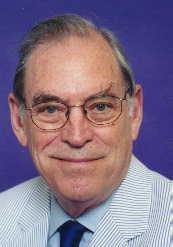 The university’s study abroad program is one staff member short following the death of its TCU in Florence coordinator, Harry Antrim, in December.

Jane Kucko, director of the Center for International Studies: TCU Abroad, wrote in an e-mail that TCU Abroad will decide faculty members who will become more involved with the program at the appropriate time.

Antrim, 73, and his wife, Mary Volcansek, a political science professor at the university, were on their way to vacation in Venice, Italy, when Antrim had a heart attack during a layover in an airport lounge in Spain on Dec. 23, according to his obituary in the Fort Worth Star-Telegram. Emergency workers tried to revive Antrim while his wife held his hand, but were unsuccessful.

Kucko wrote that Antrim was a pillar advocate for the TCU in Florence program since spring 2004.

“His passion for Italy, Florence in particular, transcended to our students who loved Dr. Antrim and his ability to prepare them for an enriching semester in Florence,” Kucko wrote. “Dr. Antrim’s passion and expertise are not replaceable.”

Antrim’s daughter, Terry Leness, wrote in an e-mail that Antrim was “a kind man, generous to a fault with students and friends and an extremely erudite man of letters.”

Steve Sherwood, director of the W.L. Adams Center for Writing, said Antrim, who was also a professor with the writing center, came to the university in 2000 from Florida International University in Miami, where he had served as a dean in the English department.

“We’re going to miss him here,” Sherwood said. “He contributed a lot, and we often went to him for advice on a lot of academic points.”

Ray Vernon, executive director of ACCENT, an international education organization specializing in establishing and providing for study abroad programs, wrote in an e-mail that he and his company worked with Antrim on the study abroad program in Florence.

“He was very much appreciated by the students during his visits to Florence and also by.the Florence team who had got to know him well over the years,” Vernon wrote. “I only had the pleasure of meeting him once, but immediately felt that he was a flag bearer of study abroad and giving the opportunity for students from TCU to be able to widen their horizons.”

Antrim published T.S. Eliot’s Concept of Language: A Study of Its Development and wrote numerous essays throughout his career, Sherwood said.