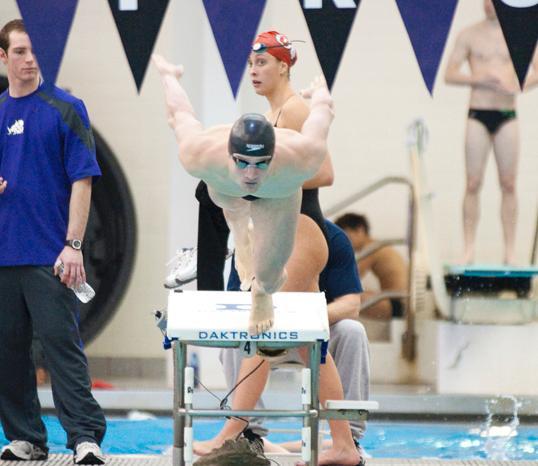 But Saturday, the team got back to their winning ways beating Utah and leading the entire match en route to a 171-123 victory at the University Recreation Center Natatorium. With the win the Frogs improved their record to 3-1 overall and 3-1 in conference play.

The women’s teamalso won, 166-131. They too were coming off a loss to UNLV but had little trouble with the Utes, trailing only after the first race.

The men’s team had winners in 12 of 16 races while the women picked up nine wins out of 16.

“We talked to them (women’s team) and said you have an opportunity to win. And they did it,” Sybesma said. “We couldn’t be more proud of them.”

Sybesma said the win gives both teams momentum going forward as they look ahead to their next meet January 28thwhen both teams host New Mexico and BYU.

“It’s huge,” Sybesma said. “We came in today and showed what we’re all about and that’s a good team,” he said. “If everybody is healthy and everybody is going in the right direction then we’re pretty good.”

One of the highlights for the men’s team Saturday was the performance of Freshman Michael Franz. Franz won all three of his races, increasing his season win total to six, and said going into the match him and his teammates wanted to redeem themselves after losing to UNLV last week.

“When we came back from UNLV we were really downtrodden about the loss and we really just wanted to kick some butt,” Franz said.

Franz credited his success to a heightened level of focus before and during each race. “Today, I really tried to zone in on myself and not really focus on everything else,” Franz said.

Also on the men’s side, team win leader, Junior Edgar Crespo, picked up two victories winning in the 200 yard and 100 yard breast strokes. And on the diving side of action, Senior Kyle Callens broke his own school record in the 1-meter spriongboard with a score of 360.98.

The women’s team was once again anchored by Senior Maria Paula Alvarez. Going into the meet Alvarez led the team with seven victories. Saturday, she increased that total to nine winning the 200-freestyle and 500-freestyle. The Lady Frogs also got two wins from Freshman Michelle Fleming. Fleming won the 100 yard and 200 yard breast.

The Frog’s upcoming meet against BYU and New Mexico will be their last conference action before the Mountain West conference championships in Oklahoma City Feb. 24th-26th.