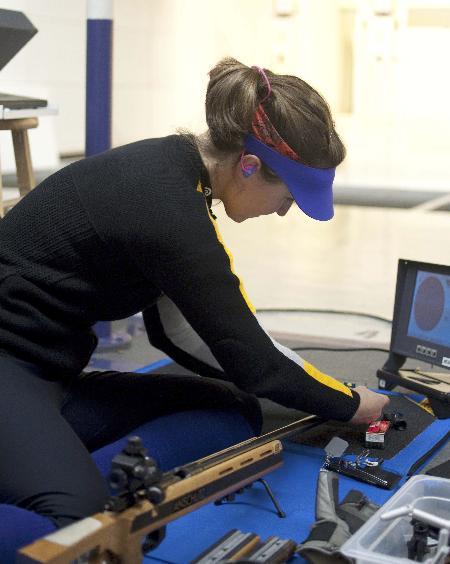 FORTBENNING, GA — Sarah Beard and Sarah Scherer, two members of the women’s rifle team, will make their way to the ISSF World Shooting Championships in Munich, Germany as part of the United States squad beginning July 30.

The second Olympic women’s event (50 meter 3×20 Smallbore), won her third national championship of the weekend. She shot a 587 on the first day and had a four-point lead over her nearest competitor. However, a score of 577 on the second day dropped her to second place in the women’s open. Her two-day aggregate score of 1164 and a final score of 100.0, she claimed her third championship title of the competition by winning the Junior Women’s Championship.

The final women’s event was the non-Olympic event of 50-meter smallbore prone rifle. Beard was the top Frog shooter with scores of 584 and 590 for an aggregate of 1174 to finish eighth overall. With the same aggregate score of 1174, Caitlin Morrissey also finished in the top 10.