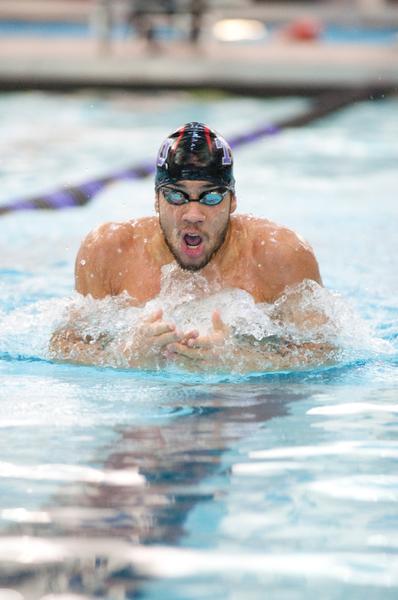 It not only will be the last MWC Championship for TCU, which switches to the Big East in 2012, but the final MWC Championship, period. The league will not sponsor men’s swimming after the 2011 season.

Head coach Richard Sybesma is looking forward to competing against TCU’s conference opponents the last time this season and is confident in his both of his teams.

Due to the cancellations of a women’s meet at North Texas on Feb. 2 and a men and women’s match at home against Centenary College on Feb. 4, both teams have been off since Jan. 28.

But Sybesma doesn’t think the extended layoff should affect his teams as they head into today’s meet.

“I don’t think that hurt us a bit,” Sybesma said. “We did a little intra-squad last week, so I think we’ll be good to go.”

This week’s meet will also be TCU’s final preparation before the NCAA qualifier meet on March 6th. Sybesma said making it to the NCAA tournament, and eventually the NCAA National Championships March 17-19 in Austin for the women, and March 24-26 in Minneapolis for the men, is the ultimate goal for his squad.

“We have a chance to get a few to the big dance [NCAA Championships] and that’s our ultimate goal,” Sybesma said.

The men’s team will enter the meet with a 5-1 overall record and a 5-1 conference record and will be looking to win their first Mountain West Conference team championship. They are led by junior Edgar Crespo, who was TCU’s lone NCAA qualifier in the 2009-10 season. Crespo is the defending MWC champion in the 100-breaststroke and is currently third in the 100-breast and second in the 200-breast entering the MWC Championships. Crespo has won nine events during the dual season.

Fellow Frogs’ junior Laszlo Gyurko is currently ranked No. 1 in the MWC for 100-backstroke and 200-backstroke. Gyurko has tallied eight wins this season.

The TCU women will enter the meet with a 4-4 overall record and 4-4 conference record and they, too, will be looking for their first Mountain West Conference team championship.

Frogs’ sophomore Sabine Rasch, who holds TCU records in three events, is second on the MWC list for the 50-freestyle and the 100-freestyle. Rasch clocked a TCU record 50.12 100-freestyle at the Chesapeake Pro-Am Elite Swim Meet on Dec. 19.

Senior Maria Paula Alvarez is fifth on the MWC list in the 500-freestyle and 1000-freestyle while freshman Michelle Fleming and Amanda Vincent are both ranked fifth in the MWC in the 200-breaststroke and 200-butterfly, respectively.

When: Today through Saturday