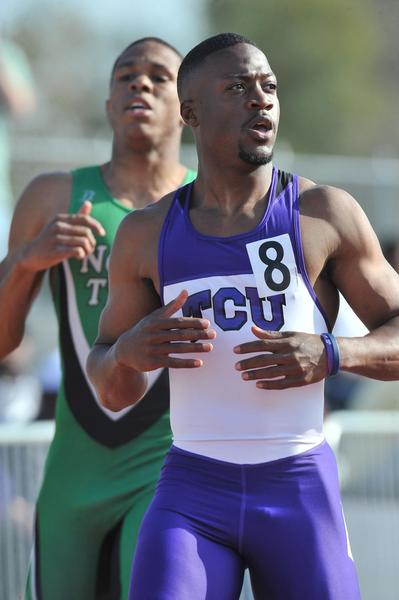 Every season, there’s a challenge. And this season the TCU track and field crew is up for the challenge, laced up and ready to compete like never before.

“Our expectations from year-to-year don’t change,” Head coach Darryl Anderson said. “We want to do well at the Mountain West Conference Championships during the indoor season and late February. We want to do well at the NCAA Championships and have All-Americans. It’s our objective to put ourselves in a position to be in the top 20 nationally. That’s what our objectives are indoors and outdoors year-in-and-year-out.”

Anderson said Dungey is looking to close out his collegiate and conference careers on a high note.

“He’s a guy that’s had a good career,” Anderson said. “He’s won conference championships and has been an All-American at the NCAA Championships. I think he can put us in a position where we can make a run at a possible Mountain West Conference title as a team.”

Dungey qualified for the 2010 USA Track and Field Championships last summer. The senior finished the 4×400 that erupted to a MWC championship and a seasonal-best time of 3:06.27 at the NCAA Qualifier in Ames, Iowa.

Barnes embraced All-American honors as a member of the men’s 4×100 in 2009. The junior sprinter brings his talents back to TCU, after a successful sophomore season in which he concluded third overall in the 60 meters at the 2010 Razorback Invitational.

The women’s squad will have plenty of experience to rely on, Anderson said. He said that Young continues to be the promising role model the coach expects her to be.

“Jessica redshirted last year after finishing second place in the NCAA meet and winning the Mountain West Championships,” Anderson said. “After a year off, she opened up in December with a school record of 60 meters, which is the second-fastest time in the country. She also anchored the mile relay team that has the fastest time in the country. She is obviously off to a really good start.”

Anderson said defending MWC champions Brigham Young University and the rest of the conference will give TCU a run for its money this year.

“At the conference level, BYU has always done a great job,” Anderson said. “San Diego State looks like they’re up-and-coming with a bunch a young ladies on their team. All in all, the conference does a good job, but obviously with BYU being the defending champs, to win a conference title you have to go through them.”

TCU will travel to Fayetteville, Arkansas to compete in the Randal Tyson Track Center Friday and Saturday at the Razorback Invitational, one of the year’s marquee events.

Anderson said that with a strong supporting cast, attitude and goals, each member will be critical to lead the Frogs in the right direction.