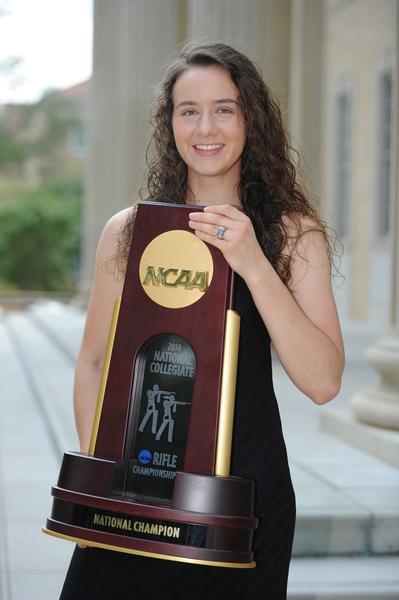 The win over the Falcons marked the Frogs’ 23rd consecutive win before heading into the NCAA Championships.

In preparation for the championship, head rifle coach Karen Monez said the team is coming into the rifle range day after day to practice its shooting. Shooting daily is what drives them to reach that section, she said.

Sophomore Sarah Scherer said there is a lot of preparation that goes into a national championship. Walking through the competition is a good way to get ready, she said.

“You have to mentally prepare yourself for that unique circumstance.” Scherer said. “Visualization and how you put yourself in that moment and performing well, and it helps get over any extra pressure.”

Monez said the Horned Frogs are riding a tremendous performance into the national championships with an undefeated season. The rifle team has not lost a match in over a year.

“It’s been a great season and throughout the season they have set personal records and reached their goals just about every competition.” Monez said.

Scherer, a sophomore nutrition major, has been a big contributor to the overall success of the team.

Sarah Beard, a sophomore biology major, has been another great contributor to the team’s success and will be one of the team members going to the championships.

Beard said the team has improved as a whole by gaining more experience.

“We know each other coming into the season this year and have become a family in many ways,” Beard said.

For this upcoming match, Beard said they are approaching this match the same way they have in the past: with confidence knowing that they are one of the best teams.