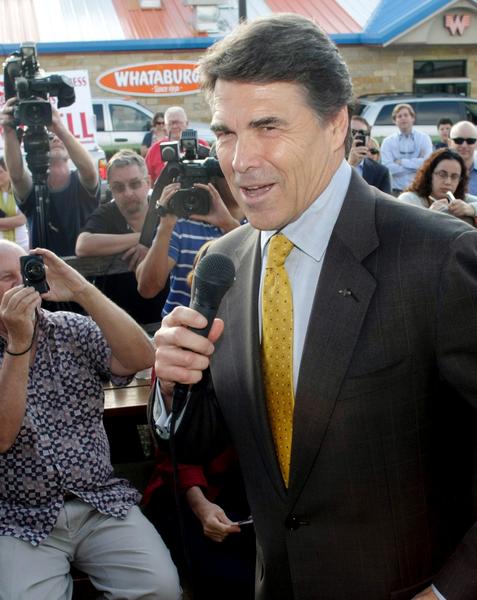 As a conservative Republican, I have already cast my early ballot in support of incumbent Governor Rick Perry. My support of our current governor stems from a great many proven successes of his time in office and the beliefs he holds, which coincide with mine.

Texas has been able to deal with the recession better than most other states in the nation and a great deal of that success is due to Perry. Perry’s leadership has resulted in the creation of more jobs and allowed Texas to be consistently ranked as one of the best places to do business in the nation. Cutting both taxes and unnecessary government spending has allowed Texas to stay out of debt and have money saved to address revenue shortfalls.

Perry is also committed to protecting our state’s rights from unconstitutional intrusion from the federal government. Perry continues to protect the rights and freedoms of individuals which would be compromised by increased government intrusion. Perry has governed Texas in a way that protects and benefits hard-working Texans.

Perry has championed tort reform, which has significantly reduced health care premiums. Twenty-five percent of new doctors and specialists have come to practice in Texas because of Perry’s management of our health care system and sweeping medical lawsuit reform. Such a plethora of medical personnel seeking to work in Texas means all Texans have a greater access to quality health care than most other places in the country.

Perry has moved our state toward creating new, renewable energy sources that are also practical. He has looked specifically to natural gas, wind and nuclear power generation. These sources of energy are not only environmentally sound but also have led to the creation of countless jobs under the governor’s watch.

Where the federal government has failed miserably with border security, Texas has largely succeeded. State-of-the-art technology and an increased border security force have drastically cut down on criminal activity along the Rio Grande.

More Texas students than ever before have enrolled in and graduated from college since Perry has been in Austin. The governor has worked hard to increase pay for teachers and raise both academic standards and teacher accountability in Texas public schools in order to make students better prepared to succeed in college.

Another big reason why I have already cast my early vote for Perry is his stance on social issues. A pro-life government is something that is very important to me for many reasons. Perry has always supported adoption over abortion. Perry also continues to protect the sanctity of traditional marriage, another important issue in my mind and the minds of many Texans.

Texas has thrived under Perry, and there is no need for change at this point. Just about the only thing that has not seen either massive improvement or steady success during Perry’s term are our dear Dallas Cowboys, but that of course, is a discussion for another day. A vote for Perry means a vote that further supports the success and prosperity of this great state which we proudly call home.

Clinton Foster is a sophomore broadcast journalism major from Fort Worth.