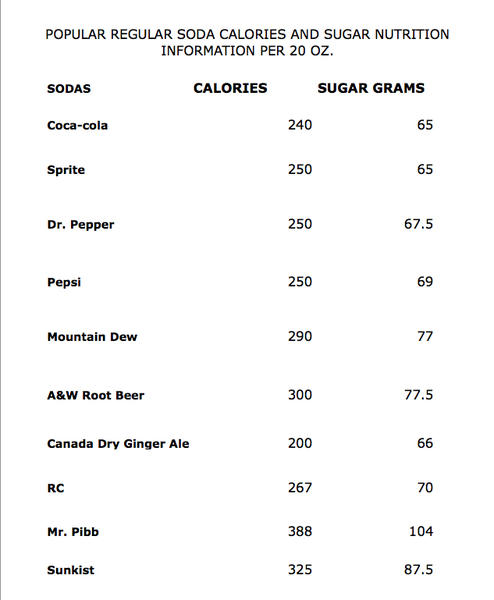 Texas lawmakers are proposing a tax that would increase soda prices one cent per ounce for both diet and regular soft drinks. Brownsville State Senator Eddie Lucio, Jr. originally introduced the tax as a way to increase the Texas budget while decreasing taxpayers’ waistlines.

However, some university students are split when deciding whether the extra 20 cents for a 20-ounce bottle of soda is worth the hit to the pocketbook.

Brendon Mullen, a sophomore business major, said the tax would not affect his spending habits. He needs the four sodas he drinks per day to get his caffeine kick, he said.

But for Richard Thomas, a first year graduate student studying religion, the tax would decrease the number of sodas he buys.

“It absolutely would [affect my spending habits],” Thomas said. “I’d probably go from drinking two a day, to one a day, to maybe even none a day, or one every other day.”

Registered dietician Amy Goodson said she thought people who love soda will probably continue to buy soda, despite the increase in price.

According to The New York Times, the average American drinks almost a gallon of soda per week. At that rate, Americans would pay $1.20 extra each week in soda. In one year, a soda consumer would average a contribution of about $65 to the government as a result of the tax.

Goodson said the soda tax is consistent with what the government is already attempting to do for all non-nutrient rich foods.

“Your foods that aren’t necessarily nutrient-rich like sugary cereals and cookies and things that you don’t need actually have food tax on them…so it kind of lines up with what [the government] already [does], they’re just charging more,” Goodson said.

A decrease in soda consumption would be beneficial to Americans’ health as well as their pocketbook, she said. Goodson said soda is detrimental to your health because it lacks nutrients.

“It’s full of sugar; there’s no vitamins, no minerals, no fiber, so we call that an empty calorie,” she said. She added that diet sodas are no different.

Many times a person gets a diet soda for a sugar fix, she said. But diet soda only contains artificial sweeteners which may taste sweet, but won’t always curb the craving, Goodson said. The result may be overconsumption of other high-calorie, high-sugar foods later in the day.

Currently 64 percent of Americans are overweight, she said. By 2030 it is projected that number will be up to 86 percent, Goodson said.

However, the health issues caused by sodas have not been a concern for Mullen, he said.

“I drink diet but…everything in this world can kill you so I’m going to enjoy my soda,” he said.