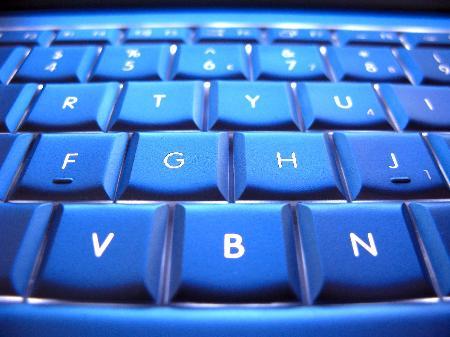 “The constant text messaging is taking your mind off what you’re doing,” he said.

Yet it’s so simple, it’s difficult to give up.

Excessive communicating via text messaging and social networks could hurt young people’s ability to read nonverbal cues, warned an author and English professor at Emory University, and some university officials agreed that effects of all-verbal communication could be detrimental.

In a Sept. 4 article in The Wall Street Journal, Mark Bauerlein, professor of English at Emory University and author of “The Dumbest Generation: How the Digital Age Stupefies Young Americans and Jeopardizes Our Future,” argues that all-verbal communication affects people’s ability to decode the “silent language” – posture, eye movements and hand gestures, for example – that humans acquire through face-to-face interaction with one another.

David Whillock, dean of the College of Communication, said text messaging has a direct effect on students’ interpersonal relationships because readers have no idea if a person is stereotyping, talking down or patronizing them. Students may not be able to pick up on twitches, hand signals or voice inflections because of a lack of oral communication, he said.

“A lot of people in your generation are having problems with communication because they don’t observe,” Whillock said. “If I tell you something, and I’m lying to you and I have a certain body position, you can’t read it. You may believe it to be true.”

Kelly O’Brien, director of the Center of Professional Communication at the Neeley School of Business, said there are other concerns that apply to university students. O’Brien said that because texting has become the preferred method of communicating, it has minimized opportunities for face-to-face interaction.

“I think it could have a potential consequence of not being able to have important conversations face to face when we really need to have them,” O’Brien said. “Nothing is going to ever be able to replace the synergies of two people sitting down face to face.”

In his article, Bauerlein cites 2008 Nielsen Mobile findings that teenagers sent and received 2,272 text messages on average each month. He also cites a National School Boards Association estimate that middle and high school students devote an average of nine hours per week to social networking.

Students’ use of texting has developed into an obsessive habit, Whillock said. The need to be connected has become a primary concern, and if a person isn’t connected, it begins to talk about his or her self-worth, he said.

“I feel it’s detrimental because our concept of self-worth may be based on the ability to communicate on a constant level with somebody,” Whillock said. “I mean, what happens to our physical ability?”

John Thompson, executive director of Career Services, said constant social networking and texting have changed the work environment. Because students hide behind texting, they lack social skills and the ability to sit down and simply talk to someone, he said. In the work place, text messaging should be kept personal, and students should be conscientious about interacting face to face with people every day, Thompson added.

“What do people think when they come on campus, and we’re preoccupied by a device, instead of looking at the opportunities around us?” O’Brien said.

“Students don’t write as rich as previous students have,” Thompson said. “Students used to use real words and use real sentences.”

The positive side of texting is the convenience and immediacy it offers, O’Brien said.

“I don’t have to bother someone by calling them up on their phone,” O’Brien added. “Instead, I can just give a quick update via text.”

Whillock said the immediacy of text messaging afforded people the opportunity to spread their social networks. However, employers might assume there were issues taking away from work if people constantly tried to stay socially connected, Whillock said.

“Wean yourself off of it a little bit, especially when you get into the workforce,” Whillock added. “Addiction is a terrible thing, and we are addicted to this technology.”