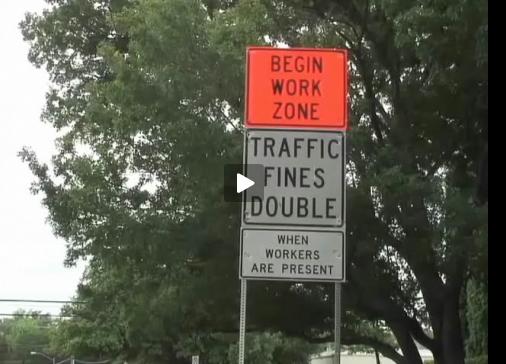 Construction on the popular roadway is poised to be a hassle for TCU students.

Two lanes were closed on Hulen St. this week after weeks of signs warning drivers to expect delays.

Those closures as well as others on Interstate Highway 30 and Rosedale St. are part of construction expected to take a year in order to build the Southwest Parkway. The Southwest Parkway will be a toll road through southwest Fort Worth from the downtown area to Cleburne.

The two inner lanes of Hulen St. on the Vickery Bridge were closed on Tuesday to allow construction crews to rid the bridge of the center median. The northbound lane will then be rerouted to the west side of the bridge.

Each direction will continue to have one single lane of traffic over the bridge.

The warning signs on Hulen St. told drivers to expect delays through April of 2011, which has left residents who drive through the area regularly scrambling for alternate routes.

“Hopefully, people will reroute how they drive so it won’t be too bad,” Chelsea King said. “I don’t have any other option to get home so I’m right in the middle of it.”

“I think a lot of people will be rerouting to 20,” Carol Reinhard said. “I definitely think 20 is going to become more congested and I think it’s just a mess. I hate it!”

Prior to closing the inner lanes on Hulen St. on the Vickery Bridge, crews had already closed the ramp from northbound Hulen St. to eastbound Vickery.

On top of posting signs along the street to warn drivers of the upcoming traffic delays, residents of the area were also sent flyers which outline the construction as well as alternate routes available.

For alternate routes around the construction see the attachment below “AltRoutes.doc”

Eastbound I-30 to Rosedale St.:

Rosedale St. to westbound I-30:

W. Rosedale St. to Lovell Ave. to Montgomery St. to I-30 west