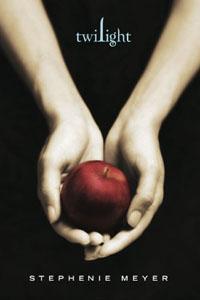 I’d like to snap my fingers in the faces of the general public. You are glorifying a book about a vampire who knocks up his 18-year-old wife and takes over her existence.

That said, I wouldn’t insult something I haven’t read. I did read the first two books of the “Twilight” series, skimmed the third and looked up a summary of the fourth book online. And I kept asking was, “Why?”

I understand the idea of a fairy tale romance. There’s nothing better than the thought of a man whisking a girl away from her problems. But “Twilight” is a fictional abomination that should be destroyed.

For those lucky enough to have not read the series, I’ll summarize. Edward Cullen is an insanely gorgeous vampire played in the movie by the not-so-handsome Robert Pattinson. Bella Swan, played by the slack-jawed Kristen Stewart, is his vapid love interest. Boy meets girl. Boy falls in love with girl. Boy turns girl into vampire so they can have sex without him killing her by accident.

Vampires, I can allow. Crappy romance is to be expected. But Stephenie Meyer veils a sexually frustrated girl’s intentions with the idea that once you are married, you’re mature enough to live on your own, be an eternal bloodsucker and have a baby at the tender age of 18. Clearly, Bella is a role model for children everywhere.

Most who cling to the idea of waiting for the perfect man will inevitably associate their worth by how their boyfriend views them. “Twilight” is not a series that empowers young women. It teaches them to hike up their skirts and spend their days cleaning kitchens, popping out children and waiting for their man to rescue them.

I’m not even a bra-burning feminist, but Meyer missed out on a golden opportunity to enlighten female youth. Instead of living on her own, Bella goes straight from high school into the eternal embrace of her lover.

In the second book “New Moon,” Edward left Bella because he is afraid of hurting her. Instead of moving on, Bella desperately tries to get his attention by nearly killing herself in the hopes that Edward’s psychic sister will pick up on it and tell him.

Maybe the idea of sending an e-mail is getting out of date. However this only endangers girls by telling them that a guy will love them if they jump off a few cliffs. No romance is worth that. In five years, no one will give a crap about “Twilight.”

Until that time, young women of the world, snap out of it. Stop waiting for a man and rescue yourselves.

Libby Davis is a junior news-editorial journalism and history major from Coppell.