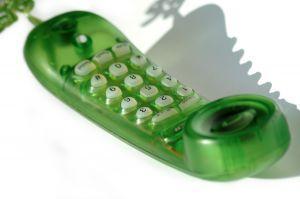 College students like to carry technology with them. They are replacing desktops with laptops, CD players with MP3 players and maps with GPS systems.

Knowing that most students have cell phones, some universities have started eliminating landlines from dormitories, and TCU may join them in the future.

Heather Miller, the assistant director of Residence Life, said the university has discussed the possibility of removing landlines from dormitories.

“It decreases costs and our landlines are hardly ever used,” Miller said. “So really, what’s the benefit of having them?”

However, the consensus in the Office of Residential Services is that landlines need to be made available for the sake of safety, Miller said.

Travis Cook, the university’s director of business services, said the ability to track cell phones’ locations on campus is limited. Landlines provide a way for emergency authorities to receive a call and track what address and floor of the building it came from, he said.

Cook said the university maintains roughly 2,200 telephone ports, each one costing $14.09 per month. For a four-month semester, the estimated costs total up to nearly $124,000.

Miller said the eventual elimination of landlines could be possible in the future as long as the university is sure it can communicate with students in case of an emergency.

“As long as we can perfect our emergency response, and say that this is completely safe and we’re not missing anything, I don’t see why not,” Miller said.


The dorm rooms at the University of Missouri have been free of landlines for the past two years, said the university’s director of marketing and communications Terry Robb. The change was permanent, and there has been no discussion of reverting to the old ways of landlines, he said.

He said that the university did not save any money by cutting landlines since they had previously provided their own phone services rather than relying on an external telephone company. However, students have saved about $15 per month by not having to pay for the activation of their landlines, he said.

Miller said TCU no longer requires students to have landlines in their dorm rooms or set up a voice mail.

Miller said the university’s communications system is evolving to adapt to the overwhelming spread of technology, for example, through the use of TCU ALERT, a campus-wide e-mail and text-messaging system. All official university communication needs to be done through e-mail and by telephone, so the move away from landlines has made it imperative for students to keep the university up to date with their cell phone numbers, she said.

Ashley House, a senior history major who moved off campus, said landlines may be necessary on campuses where cell phone reception is not reliable. However, enough people at TCU have cell phone coverage to make landlines unneeded here, she said.

“I never used my landline,” House said. “Not once.”

Colton Blake, a freshman music education major, said he has rarely used the landline in his dorm room.

“I’ve used it a couple of times, to look for my cell phone,” Blake said.