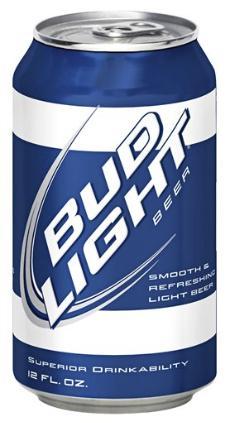 Local retailers have ceased selling purple and white Bud Light beer cans after the university raised objections about the use of school colors on the cans.

The athletic department will not give its approval for brewery Anheuser-Busch to distribute purple and white Bud Light beer cans, according to a statement released by the university.

“As an institution, TCU tries to educate its students on responsible drinking,” read the statement. “Because we often use color to build our brand, we do not want TCU students, parents of TCU students and stakeholders of the university to think we support this program.”

The promotional “Fan Cans” come in more than 25 color combinations, featuring colors similar to those of universities across the country.

According to a statement from Carol Clark, vice president of corporate social responsibility at brewery Anheuser-Busch, the company would honor the requests of organizations that cans not be distributed within certain communities. University logos, names or other identifiers would not be used on the cans, Clark wrote.

The Ben E. Keith Co. in Fort Worth, an Anheuser-Busch distributor, received the purple and white cans but ceased distribution in accordance with Clark’s statement after the university announced its objections to the cans, said John Pritchett, general manager. The cans that were distributed to local retailers were well received, but the stock would not be replenished, Pritchett said.

Lisa Albert, associate director of communications, wrote in an e-mail that she was unsure if the university planned to contact Anheuser-Busch to discuss the promotion further.

Anheuser-Busch could not be reached for comment as to whether the cans are still being produced.

At least 24 universities across the country have spoken out against the cans, according to an article by The Associated Press.

Southern Methodist University joined other universities in expressing their disapproval but had not made an effort to contact Anheuser-Busch, said Kent Best, executive director of news and media relations at SMU.

“Whether they intended to do this or not, (the promotion) will target underage college students,” Best said.

According to Anheuser-Busch’s statement, the promotion was aimed at sports fans of legal drinking age.

At the Federal Trade Commission’s recommendation, the alcohol industry follows self-imposed regulations that require at least 70 percent of an advertisement’s audience to be older than 21 years of age, according to a 2008 FTC report.

Janet Evans, a senior attorney at the FTC, said the organization contacted Anheuser-Busch last week to discourage the brewery from engaging in this promotion in the future.

Charles Ochoa, a junior chemistry major, said he thought the university was justified in speaking out against the use of its colors, but the cans would not impact underage drinking or binge drinking.

“They’re going to drink anyway, whether you have purple or white or red and blue or yellow and green,” Ochoa said. “What appeals to students is the beer, not the colors themselves.”

Underage consumers will get their hands on alcohol regardless of the colors of the cans, said Greg Kolesar, a freshman computer science major.

“It’s no different than them having normal bottles and cans,” Kolesar said.

Audrey Koetting, a sophomore accounting and finance major, said it’s the consumer’s job to make sure they drink responsibly and it should not be a concern of the university. She said the people who should be concerned with the cans are those who are selling the alcohol to potential underage drinkers.