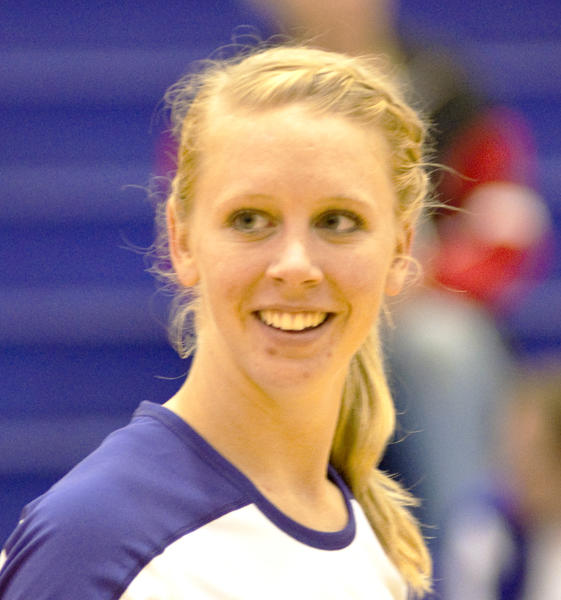 Senior volleyball player Christy Hudson had no idea she had been nominated for a national award until she checked her Facebook wall. Hudson said a friend in Minnesota was the first to tell her that she was a candidate for the Lowe’s Senior CLASS Award, an achievement offered to volleyball players for the first time this year.

The “CLASS” in the Lowe’s Senior CLASS Award is an acronym for Celebrating Loyalty and Achievement for Staying in School, according to the CLASS Award’s website. The award is given to NCAA Division I senior athletes who show achievement in four categories: community, classroom, character and competition.

“We are excited to add women’s volleyball to the award program and are encouraged by the strong group of women who make up our first class of candidates,” said Tom Lamb senior vice president of marketing of Lowe’s, in a press release. “These student-athletes are outstanding leaders and have contributed many hours to make their universities and communities better places.”

Hudson, one of 30 volleyball candidates nominated for the CLASS Award, said she was very excited about being nominated.

“It represents what I do in the classroom as well as in the community,” Hudson said. “So, it means a lot more to me because it’s not just specifically athletic-related.”

Hudson said being involved in the community is one of her passions. She said she has been involved in many activities including reading to children through Reading Frogs, Habitat for Humanity, volleyball camps, and helping kids with Down syndrome learn to play soccer.

Hudson said helping the children learn to play soccer was her favorite community service activity because she was inspired by the looks on the kids’ faces.

“I think it really helps me because I know how to work with each individual differently on the court, as far as different personalities, because I’ve worked with all different ages,” Hudson said.

She said she thinks being considered for the award is a good thing for the team, too, because it brings some recognition to TCU for a sport that is not always in the spotlight.

According to the CLASS Award’s website, candidates will be narrowed down to 10 finalists by a national media committee on Oct. 11. The ten finalists will then be placed on a ballot for fans, coaches and national media to vote on. The winner will be presented with the Lowe’s Senior CLASS Award trophy at the 2010 NCAA Division I Women’s Volleyball Championship Dec. 18 in Kansas City, Missouri.