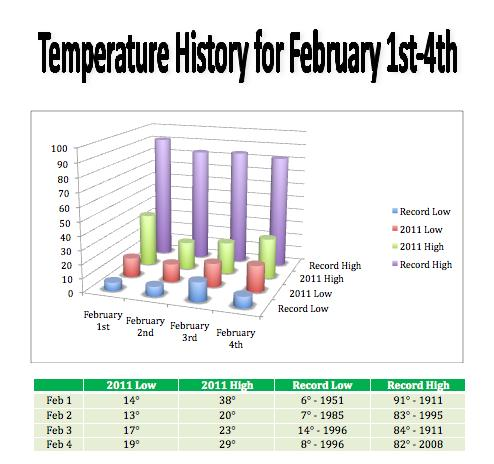 Local campus restaurants prepared for the extra guests Super Bowl XLV was expected to bring to businesses in the Dallas-Fort Worth Metroplex, until the Metroplex was frosted with snow and ice.

The Berry Street Fuzzy’s location started seeing an increase in guests the weekend before the Super Bowl, but after the ice, business was not anywhere near what it was expected to be.

“It was a normal week,” Fuzzy’s General Manager Bo Martino said. “I was anticipating abnormal…I’m a little disappointed we didn’t get more of that (Super Bowl) crowd.”

Fuzzy’s was able to maintain normal business because of their proximity to campus, Martino said. He said he was happy he could provide a place for students who had lost power or did not have heat.

“My normal lunches are usually half students, half business people in the area, I would have to say it was 99.9 percent students,” Martino said.

Since the Steelers practiced at the TCU practice facilities, the economic benefits were expected to carry into businesses around campus. Before the weather hit, Dutch’s General Manager Kay Greenlee said she was expecting double the amount of guests at lunchtime and around 25 percent more guests at dinner during Super Bowl week.

Greenlee said because of the weather, business was not anywhere near what she had expected from Super Bowl. Dutch’s closed the Tuesday of last week’s storm because employees could not get to work, when the store opened up on Wednesday, business continued slow.

“It got worse and worse as the week went on,” Greenlee said. “People did not get out.”

Prior to the storm, Greenlee said she thought being located across from where the Steelers are practicing would provide visibility for Dutch’s. Once the weather cleared on Saturday, Greenlee said business was still mainly the usual visitors and very few guests in town for the Super Bowl.

According to a PricewaterhouseCoopers report, the DFW area was supposed to experience a record number of visitors in town for the Super Bowl. The amount of fans in the area was estimated to be above 200,000 .

PwC estimated that direct visitor spending from the added guests will be approximately $202 million, the highest amount in Super Bowl history. This includes food, hotels, entertainment, and other tourist activities. The final numbers will not be released until later in the year.

Fuzzy’s prepared in a different way than other local businesses because of the amount of regional locations. District Manager Mike Price said all of the North Texas locations prepared for extra business.

Price was expecting a 30 percent increase in district sales. Due to space restrictions in the restaurants, even if Fuzzy’s hired more staff, their restaurant would not be able to hold more guests.

While Fuzzy’s and Dutch’s planned for more guests from the Super Bowl, Old Rips Tex-Mex co-owner Cy Barcus said they did not make any special preparations.

“We hope there are going to be more people, we aren’t actually doing more for the Super Bowl itself,” Barcus said.