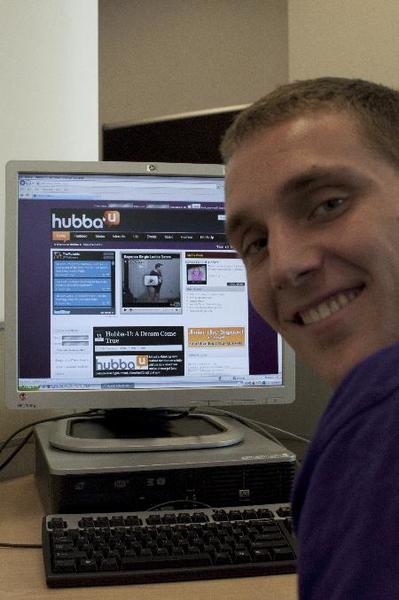 Hubba-U.com, a Web site started by and run by TCU students, gives students an outlet to voice their opinions. Just don’t expect it to be another JuicyCampus, the Web site’s founder said.

The main purpose of the site is to be a media outlet for students to share information, showcase their talents and voice their opinions, said junior Mike Vosters, a marketing major and founder of Hubba-U.

“This is not JuicyCampus,” Vosters said. “This is not for gossip; this not to degrade people. We’re trying to keep it as positive as possible without censoring it.”

Any student can use the Web site because it is not geared toward any one group of people, Vosters said.

Ali Lamb, a junior strategic communication major who works for the site, said the students who run Hubba-U cared about creating a place where people can read news and connect with others around campus.

“It’s the ideal place for TCU students to come and exhibit their work,” Williams said. “It’s not enclosed to just writing and text.”

Vosters said Hubba-U’s hits and users have been steadily increasing since the site launched Aug. 25. The site had more than 2,000 page views on Sep. 8 alone, he said.

The main goal of the site right now is to get it off the ground, he said. For the future of the site, the staff is going to try to promote it more and try to get students to buy into the site, he said.

Vosters said the Web site manages content through submitted e-mails, and then the five administrators go through them to decide what is published. He said the pieces of content that don’t make it on Hubba-U are the ones that are blatantly ignorant and degrading.

JuicyCampus was more focused on gossip and criticism and was all anonymous, Vosters said. Some people will write anonymously on Hubba-U, but the site will not post anything that attacks a group or individual on campus, he said.

“One thing I’m incredibly dedicated to is not to allow any content which will be offensive, or is blatantly attacking a group or preaching ignorance in any way,” Vosters said. “I think it’s more informative and more educated.”

Hubba-U will not be a censor of content but more of a filter of content, he said.