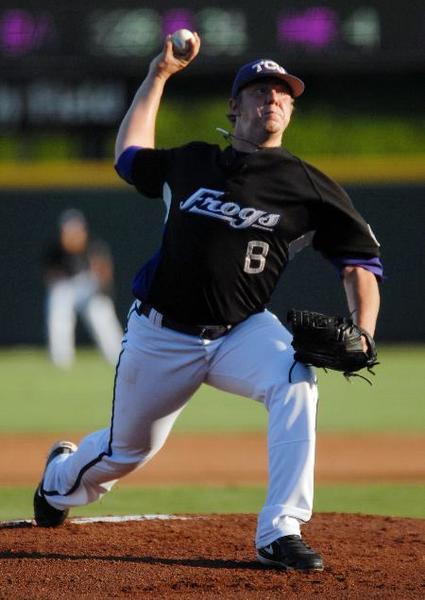 “I haven’t seen UCLA.in person, but a lot of the other teams I know a lot about and I really don’t think we’re going to see as a pitching in Omaha as (we saw in Austin),” said TCU head coach Jim Schlossnagle. “There’s going to be no pitcher in Omaha better than Taylor Jungmann or a closer better than Chance Ruffin.”

The Oklahoma-South Carolina lasted over 12 hours because of rain and lighting delays in Omaha, Neb. Sunday. The game, which ended in a 4-3 Sooners victory, was originally set to precede the Arizona State-Clemson game.

The Arizona State-Clemson game will begin Monday at 10 a.m. on ESPNU and ESPN3.com.