Bike theft on campus from TCU Student Media on Vimeo.

A recent string of bike thefts around TCU have students and campus police on alert.

A total of 19 bikes have been taken from racks across campus since Aug. 19.

“This year has really been almost unprecedented since the beginning of the school year,” TCU police detective Robert Rangel said. “We’ve had almost a bike stolen everyday.”

Rangel said he has observed people on surveillance video walking past bike racks while the theft takes place.

He said community policing is going to be a huge help in stopping bike thefts.

“Just glance at the bike racks on campus and if they see someone that might not belong on campus, call our 7777 number,” Rangel said. “We’d much rather be called for a false alarm rather than get a call afterwards from someone saying, ‘My bike was stolen.’”

Rangel said another important part of bike security on campus is the type of bike lock used.

“I did some research and it looks like there is a particular brand that seems to be one that’s more likely to slow down the thieves that are taking the bikes,” Rangel said.

Terrul Ratcliff, a junior pre-med student, rides his bike everywhere on campus and said his bike lock is very important.

Deanna Valone, a bike merchandiser at Trinity Bicycles on the 600 block of Throckmorton Blvd., said students with bikes on campus should consider four locks that slow down bike thieves. 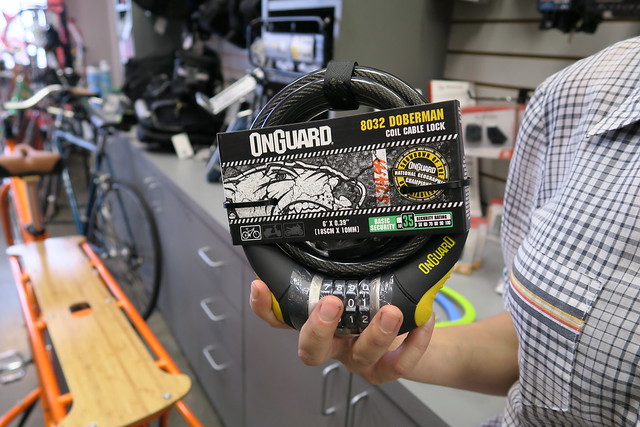 Rangel encourages students to register their bikes because the serial number and identifying marks are important when ensuring bike security on campus.

“Without the serial number, there is a low probability that we can recover someone’s bike,” Rangel said.

Students can register online or go into the TCU police department and fill out a hard copy to register bikes.