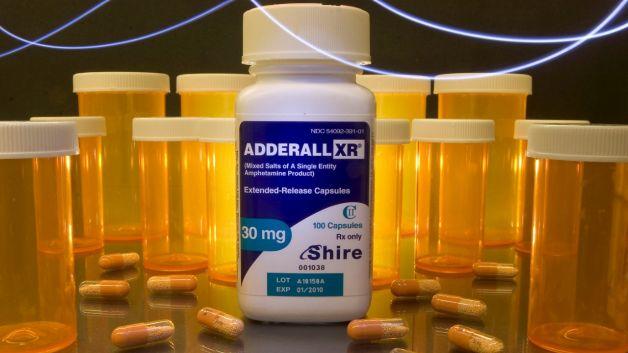 As the first wave of exams hit TCU students, many Horned Frogs will be looking for a way to lock in and focus on their studies.

Rather than coffee, Red Bull and a rigid study schedule, however, a selection of students both at TCU and across the nation will turn to using so-called “study drugs,” such as Adderall and Vyvanse.

The purpose behind the drugs

These drugs, which are prescribed for those with attention deficit hyperactive disorder, or ADHD, are purported to help individuals focus.

Adderall, Vyvanse and their cousins are part of a drug group called “stimulants,” which increase the dopamine and norepinephrine levels in the brain. The result of this physiological action is an increased level of attention and focus and a drop in hyperactivity.

Hugh Echols, a ranch management major at TCU, said that he was prescribed Adderall at a young age to improve his focus in class.

“I took it to stay focused,” Echols said, “but I weaned off of it later in life.”

“I just didn’t like the way it made me feel.”

The TCU Police Department is familiar with handing out “study drug” violations.

“People want to jam up during study times,” Abad said.

Chandler Thomas, a senior early childhood education major, said that she has heard of the illegal use of the drugs on TCU campus.

“I think I’ve heard about it a lot,” Thomas said. “I can’t say whether there’s a higher usage here versus another school because I don’t have the information to compare it against, but I definitely think it’s something that’s present here.”

Emilie Mahoney, a sophomore English and political science double major, said that she thinks TCU is comparable to the average college campus in terms of rate of abuse.

“I would say it’s about the same,” Mahoney said. “It’s different because we’re a small private school — maybe for the concentration level, there’s probably more than public universities.”

While the unprescribed use of study drugs is by all definitions illegal, there is hardly negative stigma surrounding their abuse.

Mahoney, Echols and Thomas all agreed that they had no problems with people who chose to use Adderall and Vyvanse without a prescription.

“I think it’s bad for them in the long run, but it’s not really my business,” Mahoney said. “I don’t really care if they do it now.”

Thomas said that she doesn’t see people who use them “any differently.”

“Each person has their own ways in which they study,” Thomas said. “I don’t think I would think any less of someone for doing that.”

Echols said that he “doesn’t really mind it.”

The attitude of these students towards the misuse of stimulants largely mirrors the general nationwide attitude shown towards the issue by some in pop culture.

A diverse range of musicians, from rappers Danny Brown and Future to the rock group The Hold Steady have all name-dropped Adderall on tracks in the past few years.

Abad said that he sees elements of this tolerating culture as well.

“People abuse it just like they abuse alcohol,” Abad said. “People are going to experiment.”

The legal response to illegal drugs

While the popular attitude towards stimulant abuse is tolerant, the legal consequences are anything but.

In Texas, possession of less than one gram of an unprescribed stimulant is a state jail felony, punishable by up to 180 days to 2 years in a state jail.

Abad says that in many cases, having an unprescribed pill found in a search is much more costly than the original cause of the search.

“We stopped someone a few years back, and he had some capsules in his pocket, and they weren’t prescribed,” Abad said. “He had Adderall and Vyvanse…and he was escorted into the jail.”

The TCU Police Department typically discovers illegal stimulant use as a result of a room search by Housing and Residence Life, Abad said.

“Generally, the ones that we’ve been aware of are when they do an administrative search through housing,” Abad said. “They’ll find — besides paraphernalia — excess pills or unknown pills in a container.”

“If they find a plastic bag that’s not marked, or a prescription bottle, they’ll send it to us,” Abad said.

“We double check to see what it is, just like we test for marijuana,” Abad said. “We let them know what is, and then they dole out the consequences for the student.”

In the end, Abad said, there’s a simple solution to avoiding the consequences of illegal prescription drug use.

“The best thing to do is to just take your medicine the way it’s prescribed to be taken.”

Editor’s Note: In this TCU 360 article, “‘Study drugs’ a presence on campus,” several Twitter posts from individuals were cited in the article. The article’s use of these tweets was not meant to imply that those individuals’ possible use of the drugs described in the article was improper or unlawful.