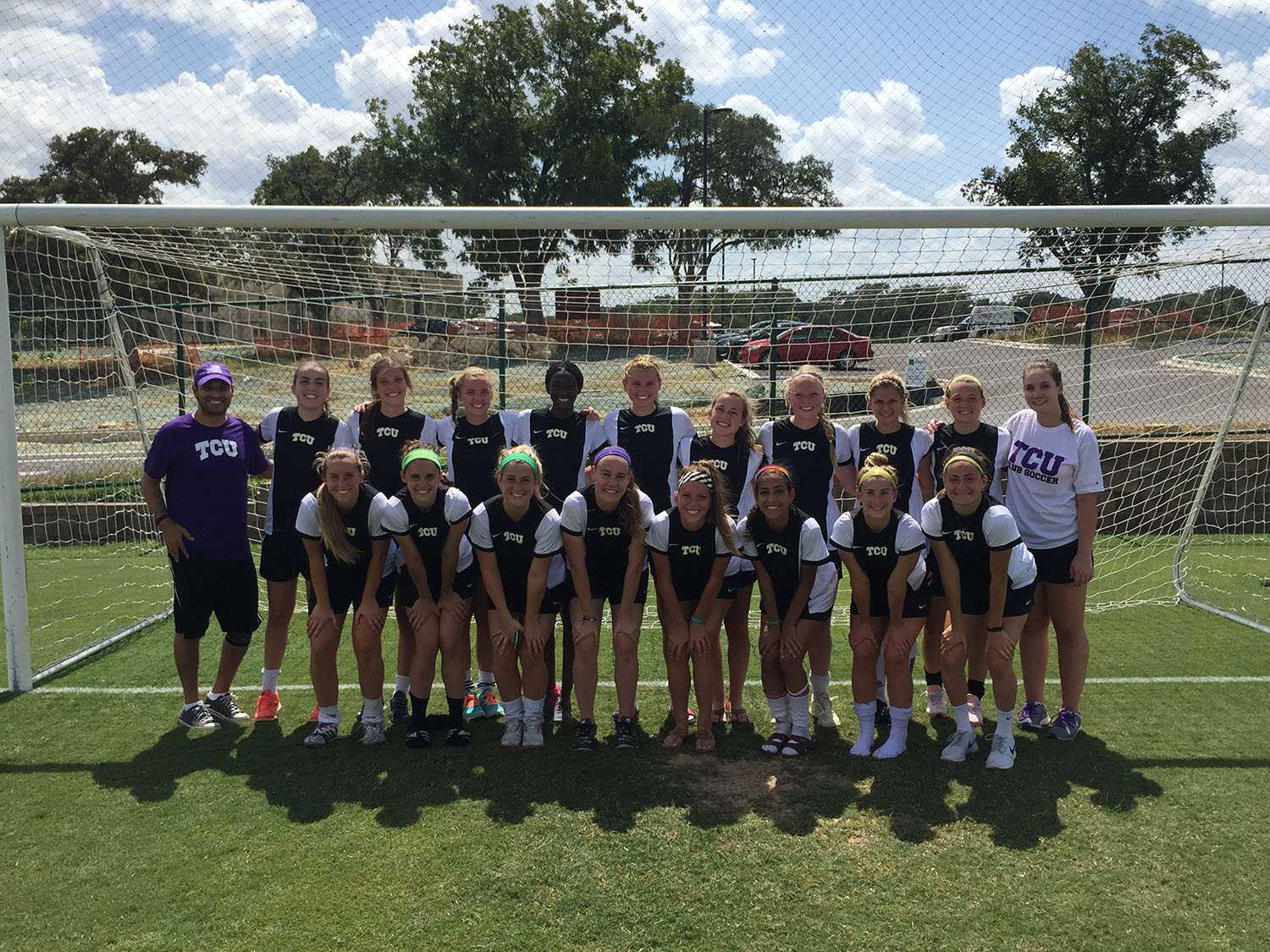 print
Texas Christian University club sports are off to a winning start with TCU’s Women’s Club Soccer kicking off their season with a victory.

The team traveled to San Marcos, Texas this past Saturday and was led by junior Brittany Webb, who scored two of the team’s four goals and who, according to team president Celeste Campbell, “never fails to perform.”

Goalkeeper Claire Parker posted a shutout, leading the team to a 4-0 victory.

The team is made up of 29 players. The traveling team consists of 25 players, while the other four are on the practice squad.

“The team has a lot of potential and this is the best talent I’ve seen since I joined the team,” Campbell said.

The team consists of five seniors, 10 juniors, five sophomores, and nine freshmen. There are 12 returners of the 29 players on the team.

For the first season, the team is part of the Texas Collegiate Soccer League Premier Division. The Premier Division is made up of the anticipated best club soccer teams in the state of Texas.

“It was an honor to be selected for this division, but I was nervous when I first saw the teams we would be playing,” Campbell said.

The team’s next game is against Baylor University on Sept. 20.

“I am particularly nervous about this game because Baylor has beaten us in the past,” Campbell said. “I think the girls are anxious to play because of the rivalry TCU now has with Baylor.”

Later in the month they will face off in a non-divisional game against Tarleton State University. They finish their season with games against Texas Tech University, University of Texas-Austin, and Texas A&M University.

There is a regional tournament held in November, but the location of the tournament has yet to be announced.

Kevin is a senior sports broadcasting major from Rockton, Illinois. He covers club sports for TCU360.