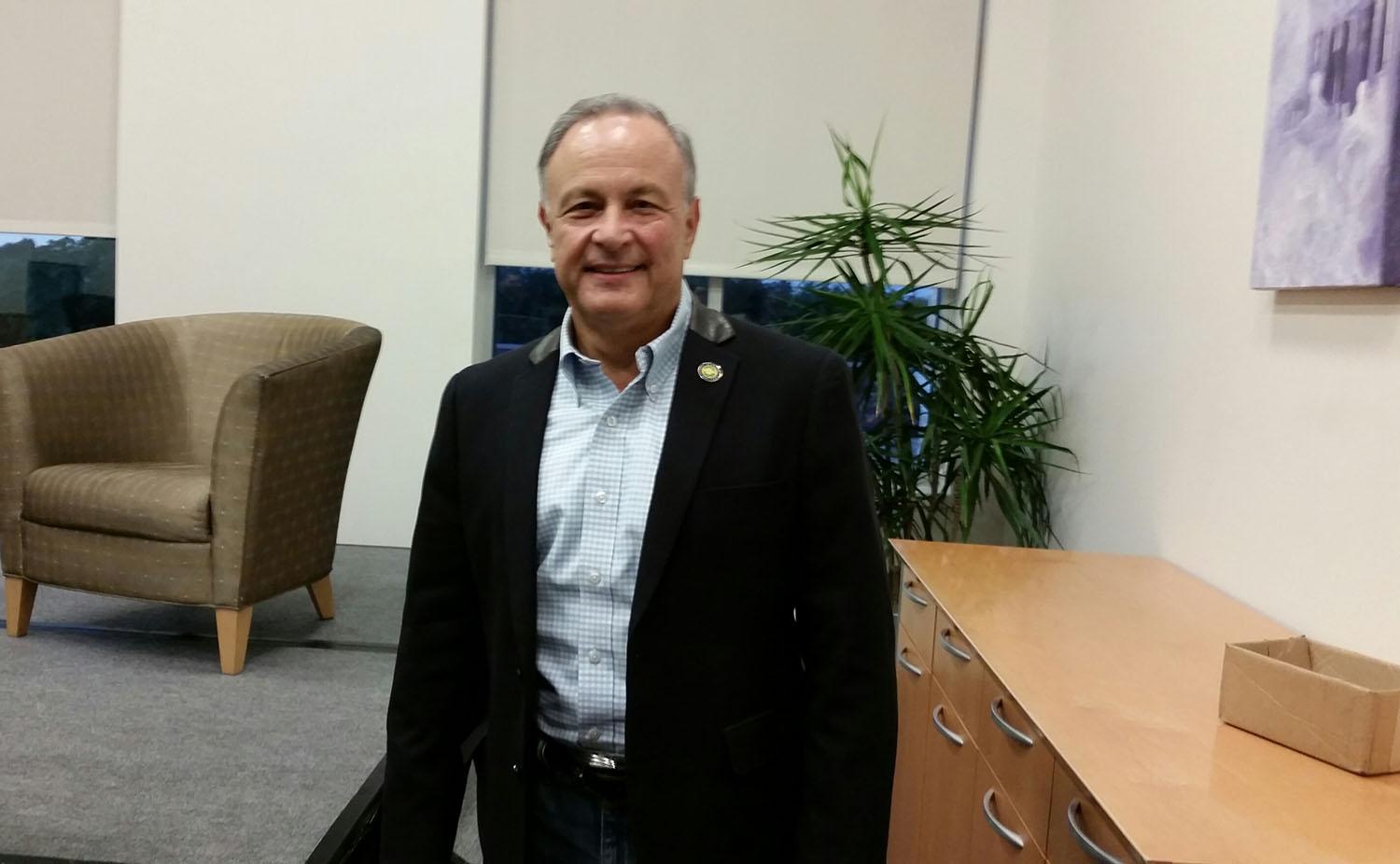 print
Texas Secretary of State Carlos Cascos visited TCU Wednesday to tell students the importance of voting and discuss other issues such as immigration and the Mexican border.

Cascos said his goal was to get at least one attendee to vote who otherwise wouldn’t have.

“‘Carlos said I should go vote, so I’m going to go vote.’ If I got to one person, it’s worth it,” Cascos said.

Cascos was born in Mexico and immigrated to the United States when he was a child. He said he has been involved in politics since 1991.

On Jan. 1 of this year, Cascos was nominated by Governor Greg Abbott to serve as the Texas Secretary of State.

About 50 students and a handful of faculty were present at the conversation. When asked how many had voted in the past, over half of the students present raised their hands.

When Cascos asked the students how many were registered but hadn’t actually voted yet, only one said that they hadn’t. Cascos said that this result was much better than he had expected.

Cascos said that if you don’t vote, then you don’t have a right to complain about anything.

“Voting is a big deal,” Cascos said. “Because elected officials, they look to see where people are voting […] if a decision needs to be made about money, and you’ve got 2 percent voter turnout here, and 25 percent turnout here, where are you going to go? You’re going to go where the votes are.”

When asked by moderator Aaron Chimbel, an associate professor of journalism at TCU, why he though the voter turnout was lower in Texas than in most other states, Cascos answered that he didn’t know and that if he did he could make a lot of money.

Cascos stressed that it takes a convincing candidate to bring voters out.

“It’s the failure of a candidate to engage people that causes them to just stay home,” Cascos said.

When asked about his party affiliation Cascos said that he most recently ran as a Republican, but that earlier in his career he ran for office as a Democrat.

“Neither party has a monopoly on good ideas,” Cascos said. “And I don’t think people should be labeled — who they are, what they believe — simply by the way they cast a ballot.”

Cascos’ final topic of conversation was immigration at the Mexican border.

Cascos said that he disagreed with the building of a border wall because of the communities that the wall would disrupt. He said that concerns over property rights near the border are another cause of concern.

He added that he does believe that there could be better security at the border.

He also said that he didn’t think countries like Mexico should be used as talking points by politicians attempting to garner votes.