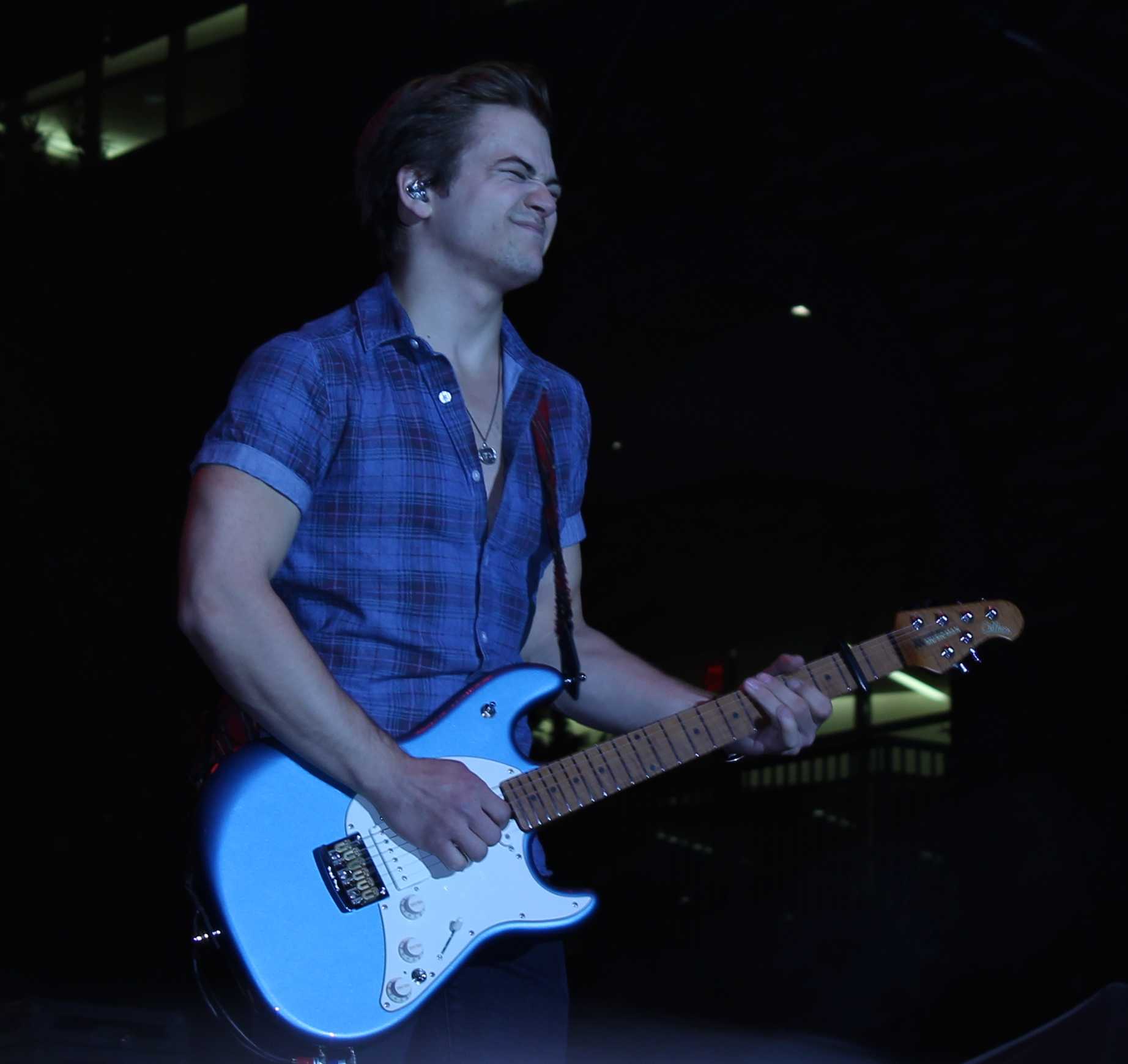 The concert was put on by the Student Government Association as their annual fall concert.

Ryan Lafferty was the opening act for the concert, and he played a set of 10 songs that saw a mix of both original songs and covers. He opened with “Let Me Get You Through the Night” then followed it with “Can’t Feel My Face” and “Thief.”

For Lafferty’s next song, “Cheerleader,” he brought up TCU junior music major Michael Moreno to play the trumpet part. Moreno played alongside Lafferty and also soloed for part of the song. Lafferty continued his performance with the song “Out of the Picture.” He told the crowd the song was based off of “the moment you realize you’ve been cropped out of an Insta pic.”

After finishing the song, he asked the crowd if they knew what happened after you get cut out of an Instagram picture. When the crowd responded by shouting, “what,” Lafferty launched into singing “Bad Blood.”

Lafferty continued with an original song “Stalemate.” After that song he introduced his band members and thanked Hayes for the opportunity to tour with him. He then launched into a rendition of “Ignition” and told the crowd that he “expects every person in here to sing every word.”

During the song he changed a lyric to “kick Iowa State’s ass tomorrow” which received a cheer from the crowd. After the song Lafferty told the crowd about his one connection to TCU, which was through LaDainian Tomlinson.

“I won $300 in a fantasy game because of him,” Lafferty said. “I’m forever grateful so if you see him on campus say thanks.”

Lafferty closed his set with the song “Show You Mine.” He thanked the crowd again before leaving the stage.  After Hayes’ set Lafferty was at the merchandise table talking with fans and taking pictures.

Lafferty said he enjoyed the show and that he would come back tomorrow if he could.

“I loved it,” Lafferty said. “The crowd was amazing.”

Lafferty has released an Extended Player (EP) album called The Half of It which can be found on Spotify. Lafferty will be joining Hayes on the 21 Tour.

Hayes played 19 songs during his hour and a half long set. At one point he told the crowd the “set list is like a mile long.” He opened with the song “Tattoo” and then lead straight into “Storm Warning.” The crowd sang along with both songs, getting the loudest during “Storm Warning.”

This prompted Hayes to tell the crowd, “you sound so good, let me hear you,” before he launched into his next song “Storyline.” He also used this time to switch to an acoustic guitar.

During the song he changed one of the lyrics to sing “my friends here at TCU.” He also played the song “Young and in Love” before switching to a different electric guitar to play “I Mean You.” Hayes then took a break to talk to the crowd for a bit and switch to a mandolin.

“TCU, you are absolutely flawless,” Hayes said. “I was not expecting this many people to show up. I’m so grateful.”

He played the mandolin during the song “Saint or a Sinner” before switching back to the first electric guitar that he used. He then played “Heartbreak” and “Suitcase.”

Hayes mixed things up during his next song, “Everybody’s Got Somebody,” playing a soulful riff at the beginning and ending it with a hard rock one. He also had the rest of the band stop playing for one verse which he soloed for.

He then switched back to the other electric guitar for the song “Flashlight.” Hayes used the break to ask the crowd if they were still enjoying themselves.

“Our only job is to make sure you are having fun,” Hayes said.

Hayes proceeded to talk to the crowd for a bit about his new album, which is set to release Nov. 6. The album, titled The 21 Project, includes three different versions of the music; one acoustic, one studio and one live.

“It’s the most random thing we’ve ever done,” Hayes said.

While talking about the album, Hayes paused, and several people to cheered for him. Hayes laughed before responding.

“I’m the most awkward kid on the planet,” Hayes said. “You just made me feel really cool.”

Hayes then performed the songs “You Think You Know” and “Secret Love.” During “Secret Love” the stage crew moved a piano to center stage which Hayes used for the songs “Invisible” and “Wanted.”

Before starting “Invisible,” Hayes took another break to talk to the crowd. He introduced all his band members, who consisted of Justin and Devo on the guitars, Steve on the drums, Matthew on the bass and Andy on the keyboard. Hayes also talked to the crowd for a bit, complementing the TCU campus and atmosphere.

“This is one of the coolest vibes we’ve ever felt,” Hayes said. “We just want to take all of you with us.”

During the song “Wanted” the crowd sang along with Hayes who commented that “it [sounded] beautiful.”

He sang “Crazy” for his finale during which he jumped around stage and asked the crowd to jump with him. He thanked TCU and left the stage.

The crowd started chanting “one more song” which Hayes obliged to. He came back on stage to perform the song “Wildcard” as an encore. Hayes addressed the crowd again during the encore.

“I sincerely hope I get to see you again soon,” Hayes said. “You’re the best TCU. God bless you.”

Hayes will be promoting his new album on the 21 Tour which starts Oct. 22. The tour is targeted at college markets and will include concerts at colleges, including Purdue University and the University of Oklahoma. The first stop is Oct. 22 at Western Carolina University.

Around 4,500-5,000 people attended the concert, according to SGA president Maddie Reddick.

“I’d say it was a success,” Reddick said. “Hunter was very glad to be here, and he is incredibly talented and everyone seems to be having a good time.”

“I feel like I made a bunch of girls’ dreams come true,” Lee said.

One of those women was junior nursing major Brittny Dombrosky, whose favorite song by Hayes is “Wanted.” She was in the front row for the concert and said her favorite part of the concert was Hayes’s interaction with the crowd.

“Acknowledging his fans is pretty cool,” Dombrosky said. “He lets us sing with him and it just shows how humble he is as an artist. He’s so adorable.”

First year student Gabriel Glaser said that the concert was awesome and that his favorite part was the the keyboard player Andy.

“Andy Sheridan is the man,” Glaser said. “Shout out to SGA for having the most gnarly concerts.”