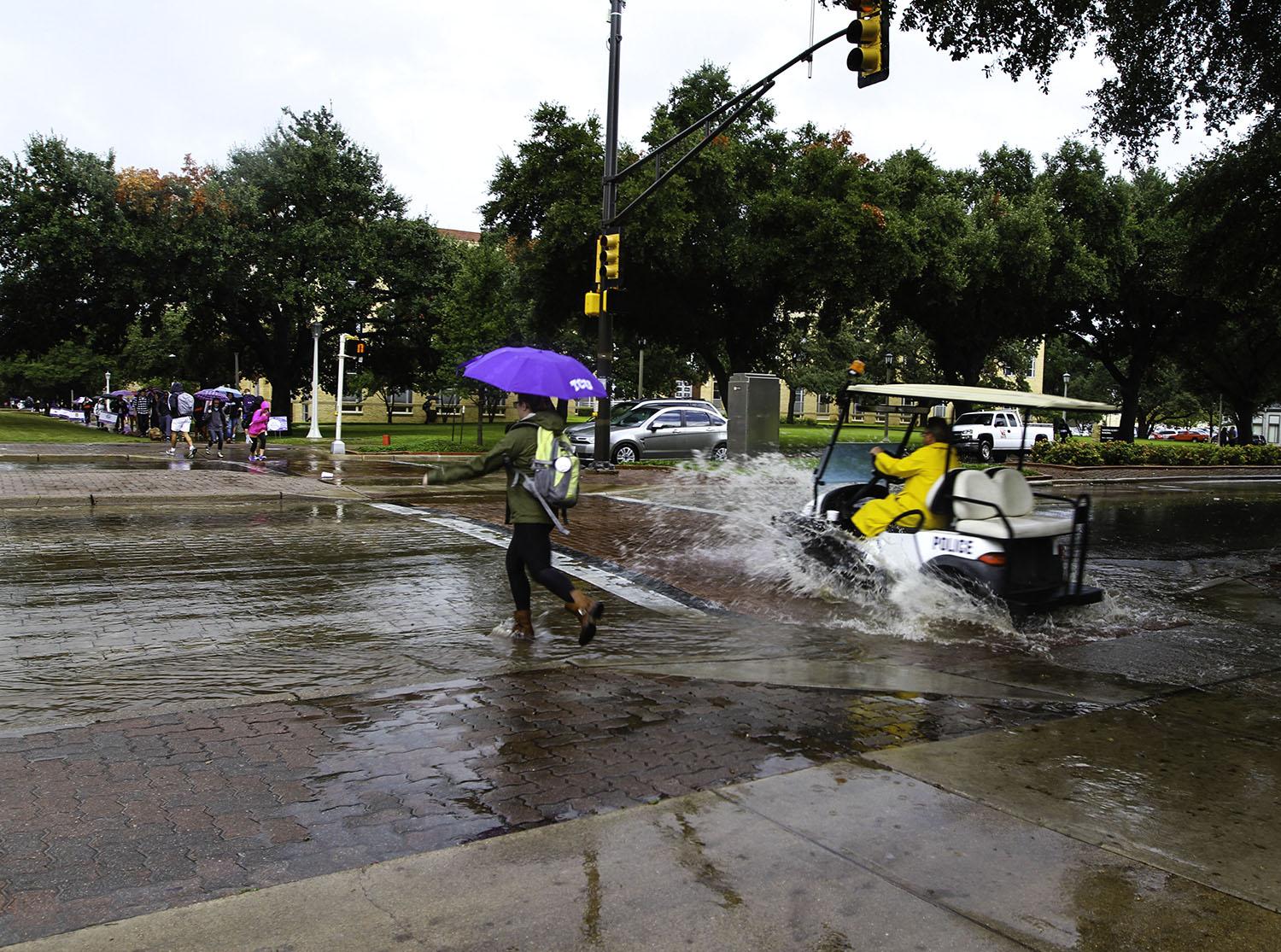 A flash flood warning was issued in Tarrant and Dallas Counties Friday until 12:45 p.m., but the threat will continue 7 a.m. Sunday morning, according to the National Weather Service.

TCU Police Det. Vicki Lawson said no accidents have been reported as a result of the weather.

“The main thing we’re experiencing is power outages which are triggering false alarms,” Lawson said. “We haven’t seen any accidents yet.”

TCU classes were still held Friday, but the women’s soccer game scheduled for 7 p.m. was postponed until Tuesday at 7 p.m.

Lamont Bain, a representative from the National Weather Service in Fort Worth, said there are key things people can do to stay safe:

Bain said the forecast is “very wet, with some potential for flooding.”

“This is our second round in 24 hours, and we have a couple more rounds coming through,” Bain said. “Much of the area is already seeing two to five inches of rainfall, and we think there’s around two to four more inches coming.”

The severe weather is expected to begin to conclude around Saturday night or early Sunday, Bain said.

Hurricane Patricia, a category five storm that’s expected to make landfall in Mexico later today, is not expected to contribute to Fort Worth’s weather, he said.

“The hurricane is coming late in the game,” Bain said. “It’ll play a role for areas down south, especially as we get into the weekend, but as far as DFW, [the weather] is mostly successive rounds of thunderstorms.”