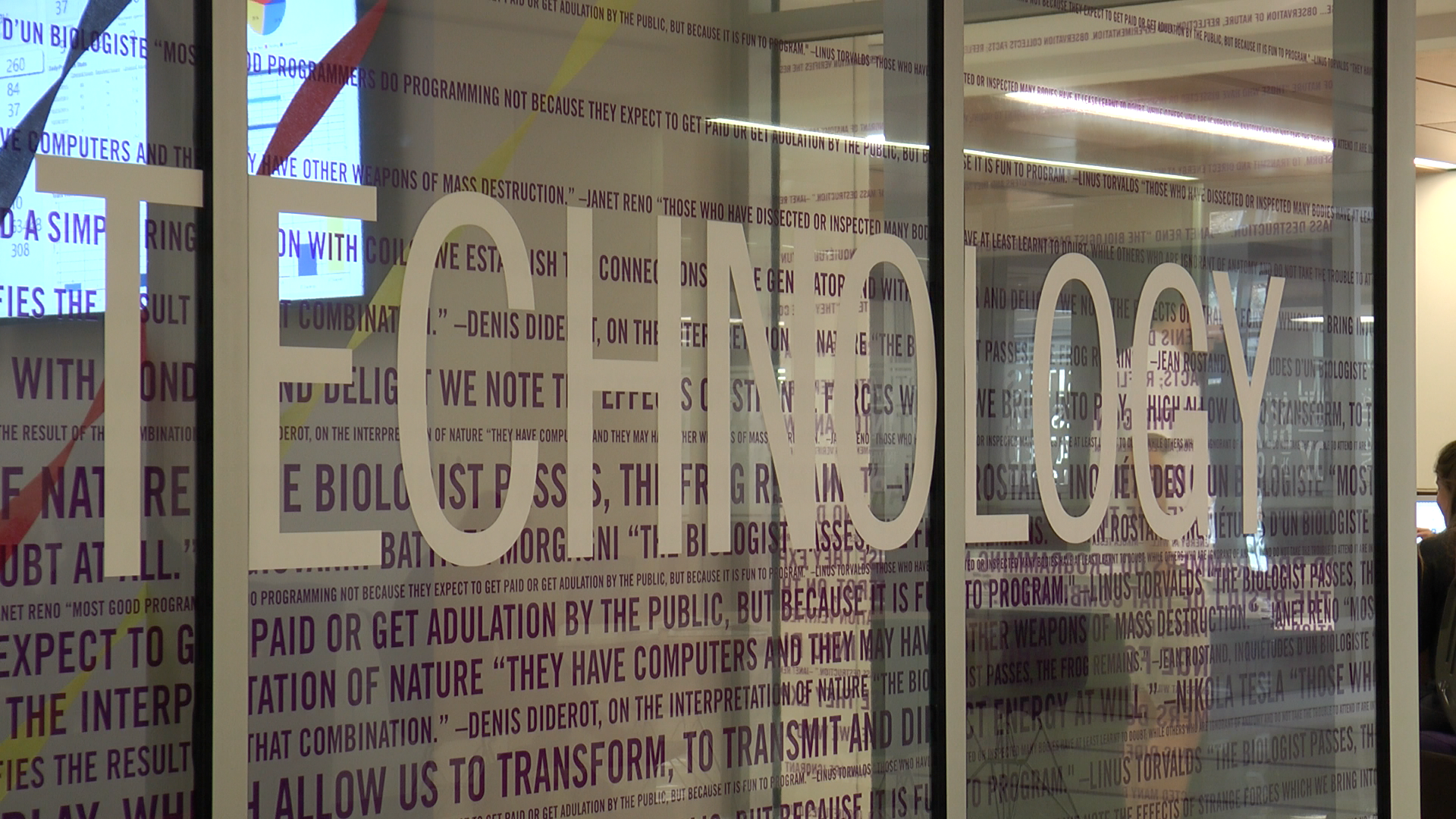 Though some of the space is still being completed, the addition holds some noteworthy technologies for students to utilize.

The Giga Lab is located on the first floor of the library and features high-power computers and audio-visual editing suites.

“We have had requests from students who had projects that require a lot of memory and a lot of processing power,” Library Director of automated systems Kerry Bouchard said. “We didn’t have the computers to do that previously.”

These computers offer more computing power than their counterparts in the information commons and feature programs that are usually only available in departmental labs.

“These are machines that have a lot more throughput,” Library Dean June Koelker said. “They will allow student to do some more [powerful] applications.”

The Fab Lab, or Fabrication Lab, is also located on the first floor and is notable by it’s 3-D printing technology.

“We have a new staff member Brad Trussell, who is Innovation Collaborator,” Bouchard said. “He’s working on getting everything up and running. Later he’ll be meeting with teachers and student to figure out how they can use this with their classes.”

Currently, the printers are in the space and active, but more concrete rules and regulations for using the machines will be released.

The Interactive Wall is one of the first things seen when students enter the library from the first floor of the new entrance facing Rees-Jones.

“It’s touch sensitive,” Koelker said. “So there is a lot of information that we put up that’s very interesting.”

The wall features information about one of TCU’s academic themes that runs throughout Rees-Jones Hall: water.

“We have a lot of examples of faculty research and library content that is water based,” Koelker said.

The touch screen allows students to filter through all of the information that will change as time goes on.

While there is a collection of new gadgets for students to use, the library still has many features yet to come.

Data visualization takes data-based concepts and visualizes them in an immersive way.

Koelker and Bouchard both noted North Carolina State University’s library as having data visualization that TCU could emulate.

“The room was immersive,” Koelker said. “They had a large immerse model of Shakespeare’s London and it was as if you were actually walking down the cobblestone streets.”

Though the TCU library doesn’t currently have these capabilities, Koelker said they are in TCU’s future.

“I don’t see technology as an isolated ‘I want some technology this afternoon’ kind of thing,” Koelker said. “The productivity of the students is very much enhanced because the have these options.”