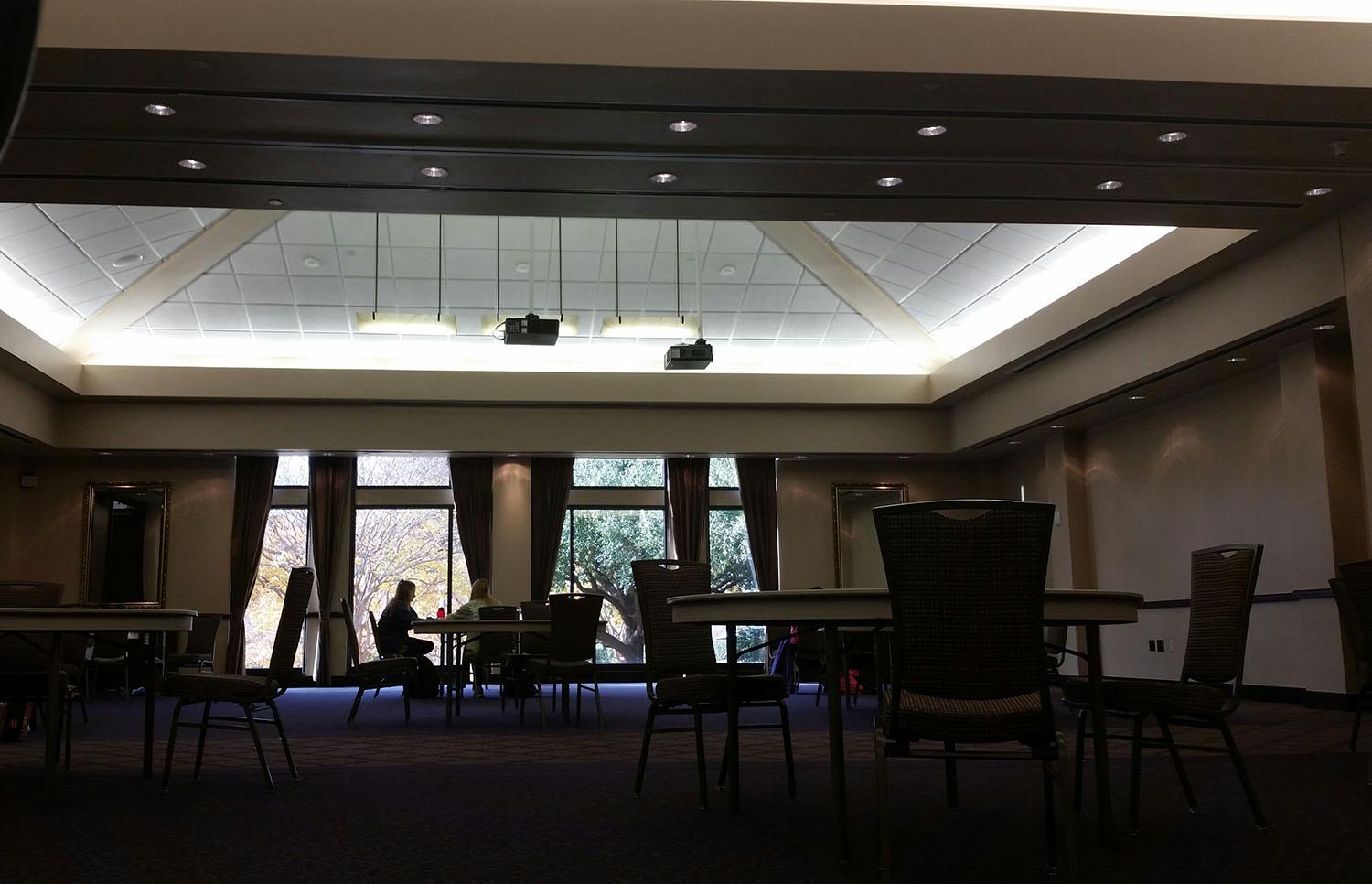 Alumni Relations will be offering free food and study materials in the Dee J. Kelly Alumni Center during dead days in an effort to provide an alternative study space to the often-crowded library.

“We know that finals week is a stressful time for students, so if we can do anything to make it a little bit easier, we’re happy to do that,” said Laura Gore, assistant director of alumni relations.

Free blue books, pencils, highlighters, scantrons, and other materials will be provided from noon until 10 p.m. on Thursday and Friday for students to take as they please.

In addition, a table will be prepared with bagels, fresh fruit, granola bars and chips further down the main hall.

The Dee J. Kelly alumni center is just one of several places on campus students might not think to go to study during dead days.

“I think studying on the third floor of the [Brown-Lupton University Union] is one of the best-kept study secrets on campus,” said Bernie Garces, a senior kinesiology major.

“There aren’t many people to deal with, and it’s normally pretty quiet.”

Senior music performance major Spiro Nicolas shared the same opinion. He said that aside from his own house, it was his favorite place to go before finals.

“I like to study in the one of the meeting rooms on the third floor of the BLUU. It’s quiet and I am really able to focus,” he said.

Senior nursing major Steffi Loe mentioned a small area on the second floor of the TCU Barnes & Noble as one of her favorites, as it was never crowded like the library.

Other students suggested empty classrooms in the Sid W. Richardson building, the bottom floor of the University Recreation Center, and the hall connecting Beasley House to the Robert Carr Chapel.