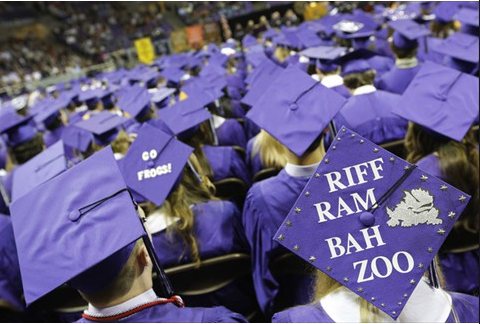 John Thompson, the executive director for TCU’s Center for Career and Professional Development, said there are more job opportunities for spring graduates but the overwhelming amount of competition diminishes the chance of getting a quality job.

December grads that begin the job search before they graduate are entering the market during a new hiring cycle. Thompson said companies like to get interviews and candidates in the fall and students go to work when they graduate.

“If you graduate in the fall, you fill critical needs for a lot of companies,” Thompson said.

In the spring, Thompson said employers come back to fill their quota for hires. While this does lead to a number of job opportunities, the quality of those jobs may be lacking.

“It’s probably not going to be the best work experience because they know that a certain number of those students are going to quit after a while,” Thompson said. “It really is a numbers game with most employers.”

Senior sociology major Christopher Sanchez is graduating in December and said he is still figuring out his career path. Sanchez said he commends the work of Career Services for helping him prepare.

“I feel that TCU has done a great job in preparing me with the knowledge and skills that will give me a great upper hand going into the real world,” Sanchez said. “All of them have constantly made me realize the importance of applying my full effort because the competition will be tough.”

The number of graduates in each term is also a factor. Last May TCU graduated 1,873 students, compared to the 728 (including those who graduated in August) that are expected in December.

Regardless of the graduation term, Thompson said starting the job search early is the best thing to do. The reason can be boiled down to one thing: money.

He said some employers feel as if they can lessen the salary because they know students looking for jobs right before graduation have limited options.

“The later you wait when it comes to graduation, the more advantage you give to an employer when negotiating salary” Thompson said.