After losing eight seniors and three pitchers, TCU’s young talent will have the opportunity to step up tonight when the Frogs host Loyola Marymount in the season opener at 6:30 p.m. at Lupton Stadium.

The most hype surrounds freshman first baseman and pitcher Luken Baker. Baker, a 6-foot, 4-inch and 265-pound freshman, was named the 2015 Gatorade National Player of the Year. He will most likely start at first base on Friday and Saturday and start on the mound Sunday.

Another new face for TCU pitching is Rex Hill. A junior transfer from San Jacinto College, Hill will start Friday night instead of Mitchell Traver.

Traver, who was the ace starting pitcher for TCU, strained a muscle and will be out for four to six weeks.

Head coach Jim Schlossnagle said Traver’s injury has a huge impact, but the most important thing is how the team recovers.

“It certainly gives guys who, maybe, wouldn’t have pitched as much more of an opportunity,” Schlossnagle said.

Traver’s injury bumps the pitching rotation up one spot. So, junior Brian Howard will get the start on Saturday and Baker, who would have likely pitched only during the week, will now pitch in the weekend rotations.

Traver’s injury definitely hurts the Frogs, but will serve as a learning experience for the younger players who will get more valuable experience early in the season.

Traver isn’t the only one battling injuries.  Senior outfielders Evan Williams and Nolan Brown are both recovering from injuries. Williams broke his collarbone in a car accident on the way to the Alamo Bowl, but he is likely to return in time for Big 12 Conference play.  Brown is still recovering from surgery for a hamate bone fracture.

Brown, who was the projected starting center fielder and leadoff man, hasn’t picked up a bat since surgery. He’s questionable for the opener.  He will be available to pinch run and play the field, but don’t expect Brown to start. Brown hit .309 last year with 19 stolen bases and, when healthy, could be a nightmare for opposing pitchers.

With Brown out, senior Dane Steinhagen will make the move from left field to center. Steinhagen moving to center will give freshman Ryan Johnson an opportunity to play left field.

With these changes, the lineup for this weekend could be a much different lineup we see down the road. However, the field should look like this tomorrow when the Frogs take the field: 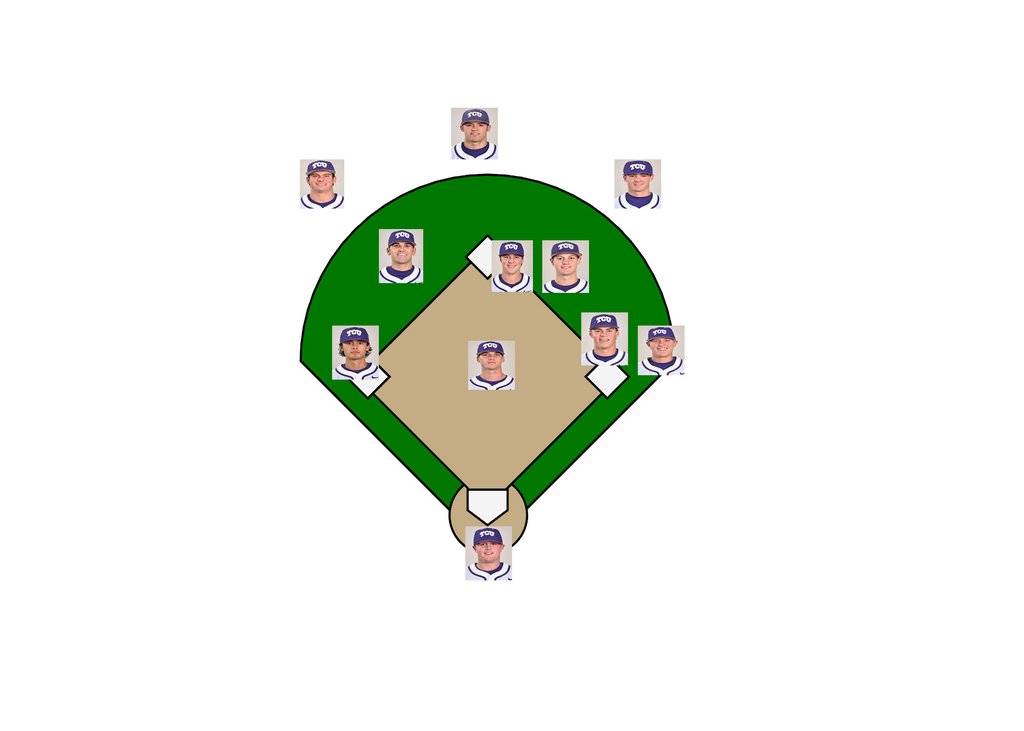 At second base, it’s a toss up between Cam Warner and Mason Hesse but expect Warner to get the start. Either Baker or sophomore Connor Wanahanen will start at first base while the other will serve as the designated hitter. Wanahanen will most likely play the field since Baker is now slotted to pitch on Sunday.

While the lineup remains unconfirmed, expect Wanahanen, Baker and Skoug to be in the three, four and five hole.  These three will be the main run producers and will look to get on track early against the Loyola Marymount squad.

Despite all the injuries, the Frogs still have more talent at every position than the Lions and TCU should be able to take care of business this weekend.

Skoug and Wanahanen will pick up right where they left off last season, racking up RBI’S all weekend. Baker will impress and be as good as advertised. Frogs will make a couple mistakes but will inevitably have too much talent for LMU to compete with.

Frogs sweep the Lions and get off to a hot start.