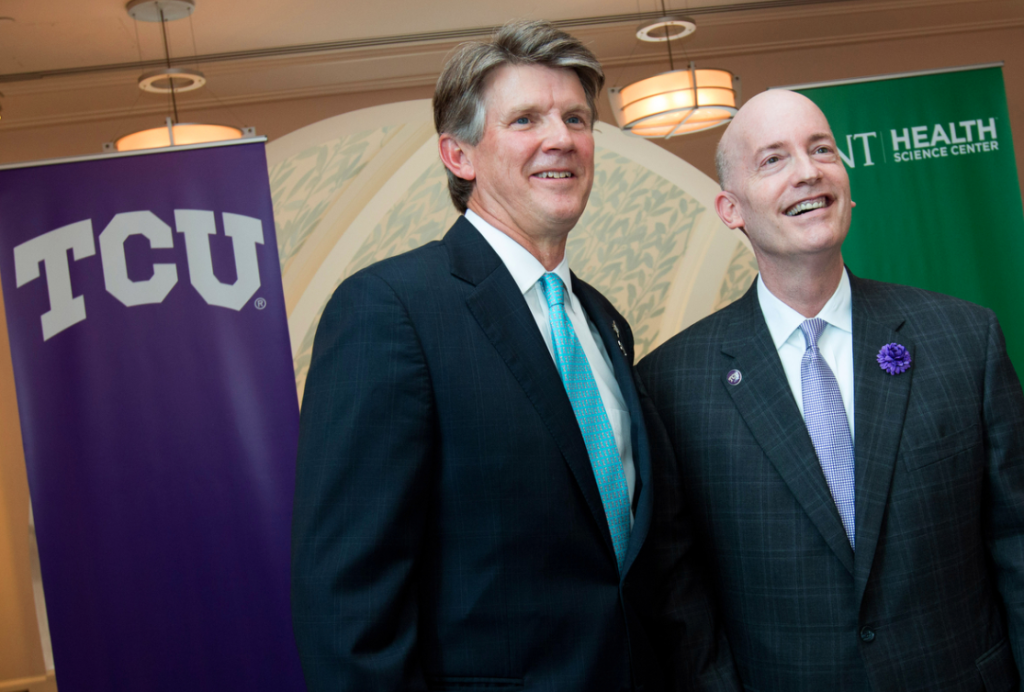 print
TCU’s Executive Board of Trustees and the University of North Texas System Board of Regents both approved a collaboration agreement this week, according to an email from Chancellor Victor Boschini.

TCU and UNTHSC initially announced their collaboration on Fort Worth’s M.D. school in July 2015, and plans to begin accepting applications in 2017.

The next step in the plan is to hire a founding dean from the four candidates that were interviewed last month.

With the plans formalized, the deanship is expected to be filled in the near future, according to the email. An announcement will be made when the committee has made a selection.

A joint management committee, led by both universities’ provosts, has been charged with hammering out operational details for new school. Curriculum development, admission details, and financial affairs will be developed in the coming weeks.