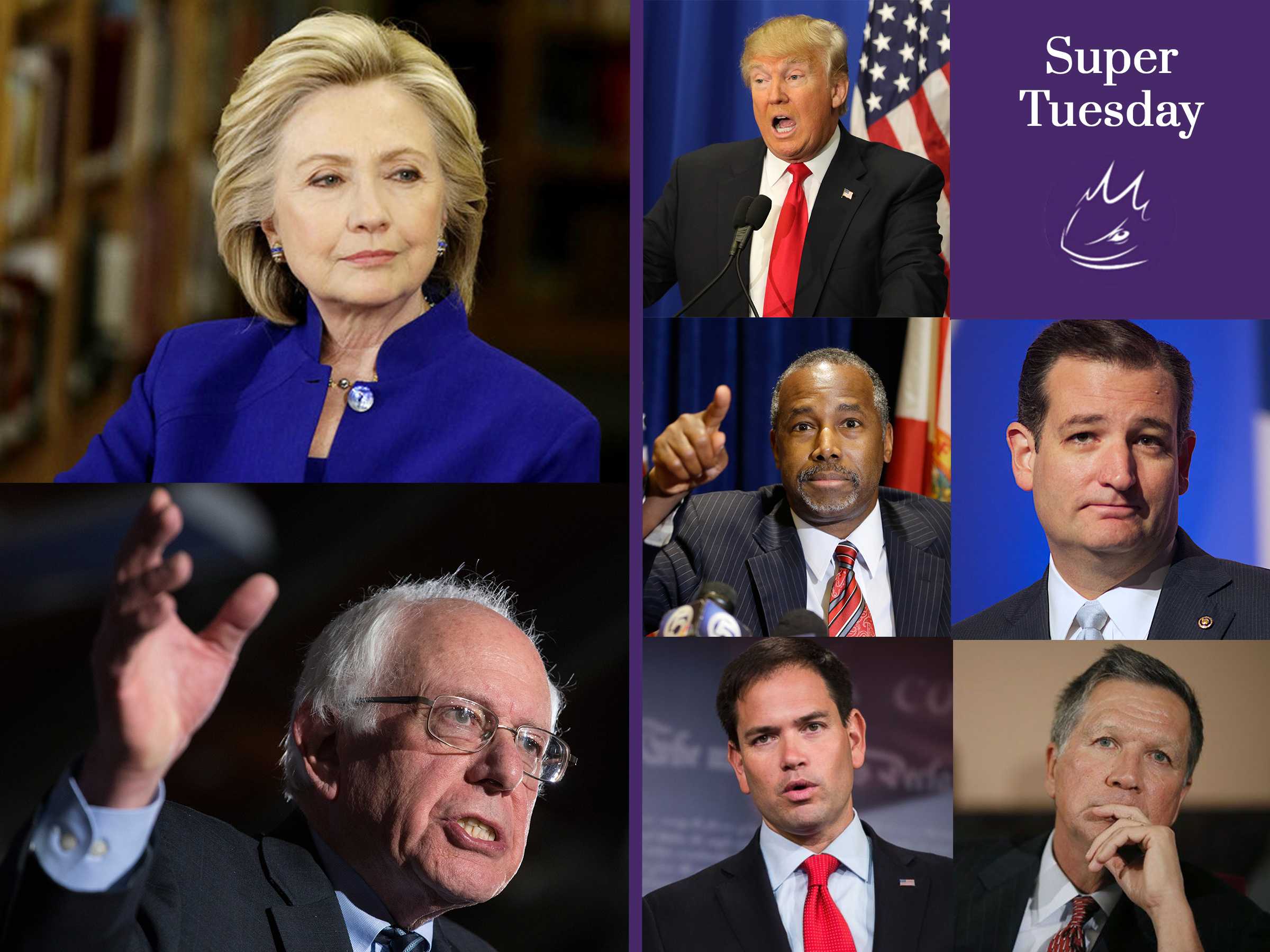 Texas was one of 14 national contests to take part in a primary or caucus today, known as Super Tuesday.

The Republican field clearly brought out the most voters, with 87,330 ballots cast in that contest.

Voters were out early Tuesday morning. Ten people waited outside Trinity Episcopal Church when the doors opened at 7 a.m.

“I like her platform, and I like the way she’s dealing with the issues right now,” Hale, an IT project manager,  said.

Architect Joe Wells, 58, said he decided to vote for Clinton over a month ago, primarily because he was impressed with her debate performances. He said he was especially impressed by her appearance before the House Select Committee on Benghazi.

“I think she is the most electable, although I like Bernie’s policies better,” Wells said.

Mark Dougherty, 64, who does business development for Lockheed Martin, said he voted for Marco Rubio. He said only two of his three choices for president were still in the race; he then narrowed his options down to Rubio.

Dougherty said Rubio is “the best qualified, the most compelling conservative communicator that we have.”

Civil engineer Tyler Kay, 28, also said he voted for Rubio. He said he chose Rubio a few days ago.

Engineer Anthony Vecera, 27, said he decided on Rubio a few weeks ago when the race came down to only conservative senators and Donald Trump. He said he quickly decided on Rubio over Ted Cruz.

“I think he has the demeanor to be president,” Vecera said. “He unifies people.”

Retired educator Jean Tocco, 65, said she voted for Rubio because it scares her that Trump could be elected as president.

Tocco said she decided on Rubio early on when she “started hearing Donald Trump and all his movements and his strength in gathering votes.”

“I decided, no, I did not want Donald Trump as president,” Tocco said.

The crowd at Trinity Episcopal Church during the late morning on Super Tuesday consisted of  high winds and Hillary Clinton voters.

Although not all voters TCU 360 talked to disclosed their picks, the one’s who did all voted Democrat. Four out of 5 Democratic voters we talked to said they voted for Clinton.

One Clinton voter, a 1994 TCU alumni who wished to remain anonymous, said while she does agree with Sen. Bernie Sanders on many things, Clinton has more experience.

“She’s a lady, and I like that,” said the anonymous alumni.

She added that even if Clinton doesn’t win the Democratic nomination, she would vote for Sanders.

“I’m a Democrat and I could never be Republican, ever,” said the anonymous alumni.

Charles Weidler, a staff member at Trinity Episcopal Church, said while he planned to vote later in the evening, he did know who he would vote for.

Weidler said he would consider voting for Clinton because she is “not Donald Trump,” and has experience.

Clyde Hemminger, who did not disclose his age or occupation, also voted for Clinton.

“She has the best chance of being elected,” Hemminger said. “Her policies most closely match my policies.”

Elinor Normand, a 75-year-old woman who was at the church for a Bible study, said she had voted early that morning for Clinton.

Not everyone at Trinity Episcopal Church had Clinton as their number one candidate. An anonymous TCU staff member said she voted for Sanders.“He is honest and is somebody that has been consistent in his politics,” said the staff member.

“He is honest and is somebody that has been consistent in his politics,” the staff member said.

One voter at R.L. Paschal High School said she would consider voting for an independent candidate if Trump wins the Republican nomination.

In the meantime, Lisa Qualls said she voted for Ohio Governor John Kasich.

“I think he’s one of the few that I actually respect,” she said.

One voter at Paschal, Ashley, would not disclose her last name but said she voted for Donald Trump.

“I feel like he’s the best candidate out there,” she said.

Many conservative voters made some late voting decisions at the polls.

Laura Arena, an expecting mother, she said she voted for Ben Carson in the Republican primary.

“He is the smartest and most intelligent of all the remaining candidates,” Arena said.

Rachel Watson, a teacher for the Fort Worth Independent School District, said she voted for Rubio because she believes “he is the Republican Party’s best chance to beat Hillary.”

Watson also made her voting decision when she got to the polls.

A voter who wished to remain anonymous said “it’s just deciding between the lesser of evils.”

Yolanda Ibarra, an elementary school clerk, said she found it important that she is able to relate to her desired candidate. Regardless of who wins the Republican nomination, Ibarra said the candidate will have her vote.

Conservative voters arrived to the polls Tuesday night without a concrete choice for a Republican candidate.

It could perhaps be that the later portion of voters who stayed undecided to this point had the intention of making their choice on the spot.

A voter who wished to remain anonymous said “I made my choice when I saw all the names next to each other on the ballot.”

Small business owners Terri Saad and Alice Watson, who have been together more than 17 years, said they enjoy voting in the primaries because it allows them to exercise their rights as gay voters. The two went to vote at Paschal High School.

“Vote blue no matter who,” Watson said. “I like Bernie more than Hillary though.”

As a Christian, Saad said she appreciated Sander’s stance on religion.

“He’s not a religious fanatic, and I believe in separation of church and state,” Saad said.

Calls to the TCU Police Department drop this semester

Students deal with not having study days before finals