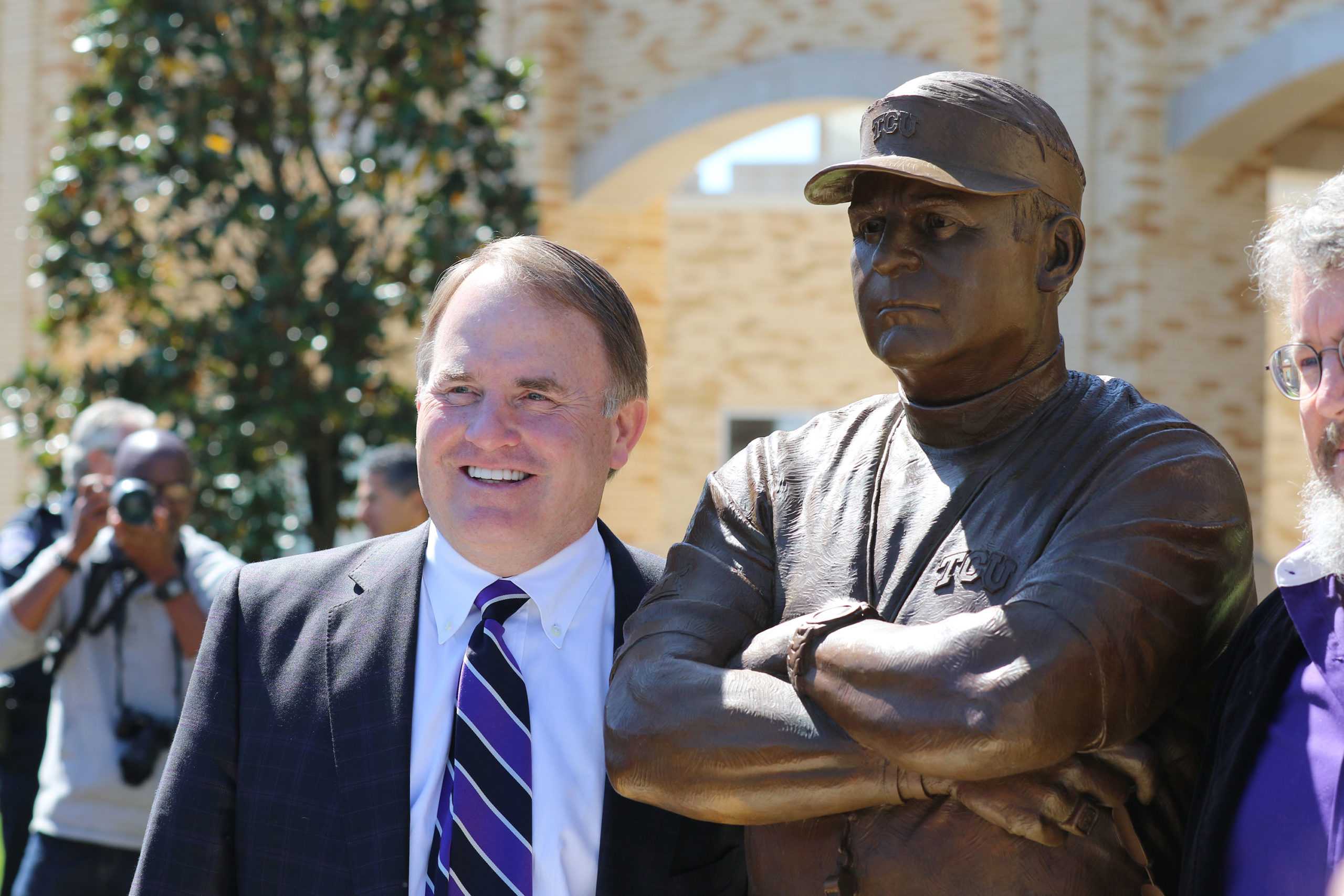 The legacies of TCU football icons Dutch Meyer, Davey O’Brien, and Gary Patterson are now officially a life-sized part of campus in the form of bronze-colored statues outside of Ed and Rae Schollmaier Arena.

The statues were paid for by TCU alumni Bill and Sue Parish.

Bill Parish said the idea for the statues came to him about 16 years ago when TCU hired Patterson.

When Parish heard Patterson’s opening remarks about winning national championships and becoming the kind of football program that Miami was in the early 2000’s, he said he knew Patterson was giving “real commitment” to the TCU athletic program and the university.

Parish said he required the statues to be life-sized.

“I didn’t want monuments, I wanted something that looked as close it could to the real people we’re honoring,” Parish said. “I want Horned Frog fans to be able to just walk up and take a picture with the statues.”

Director of Intercollegiate Athletics Chris Del Conte linked all three of these football icons together.

“Dutch Meyer won our first national championship, Davey O’Brien won the Heisman Trophy, which led to us getting future players like Sammy Baugh,” Del Conte said, “and Gary Patterson led us to the promised land of the Big 12 and brought our program to where it is today.”

Patterson deflected the praise and, instead, focused on his players and the support he gets from administration and his wife, Kelsey.

“It’s all about the players,” Patterson said. “I have great bosses who let us be who we are and bosses who don’t try and mold us the way they want.”

To emphasize his “it’s all about the players” message, he called up former players and coaches to share the stage with him.

Patterson teared up when talking about the love and support from his wife.

“Everyone has someone who stands behind them, and for me that’s Kelsey,” Patterson said. “I had a one-track mind only about football, but Kelsey has helped me become a better father and better man.”

Now, TCU has life-sized effigies of three men who have given to not only the football program, but the entire university.