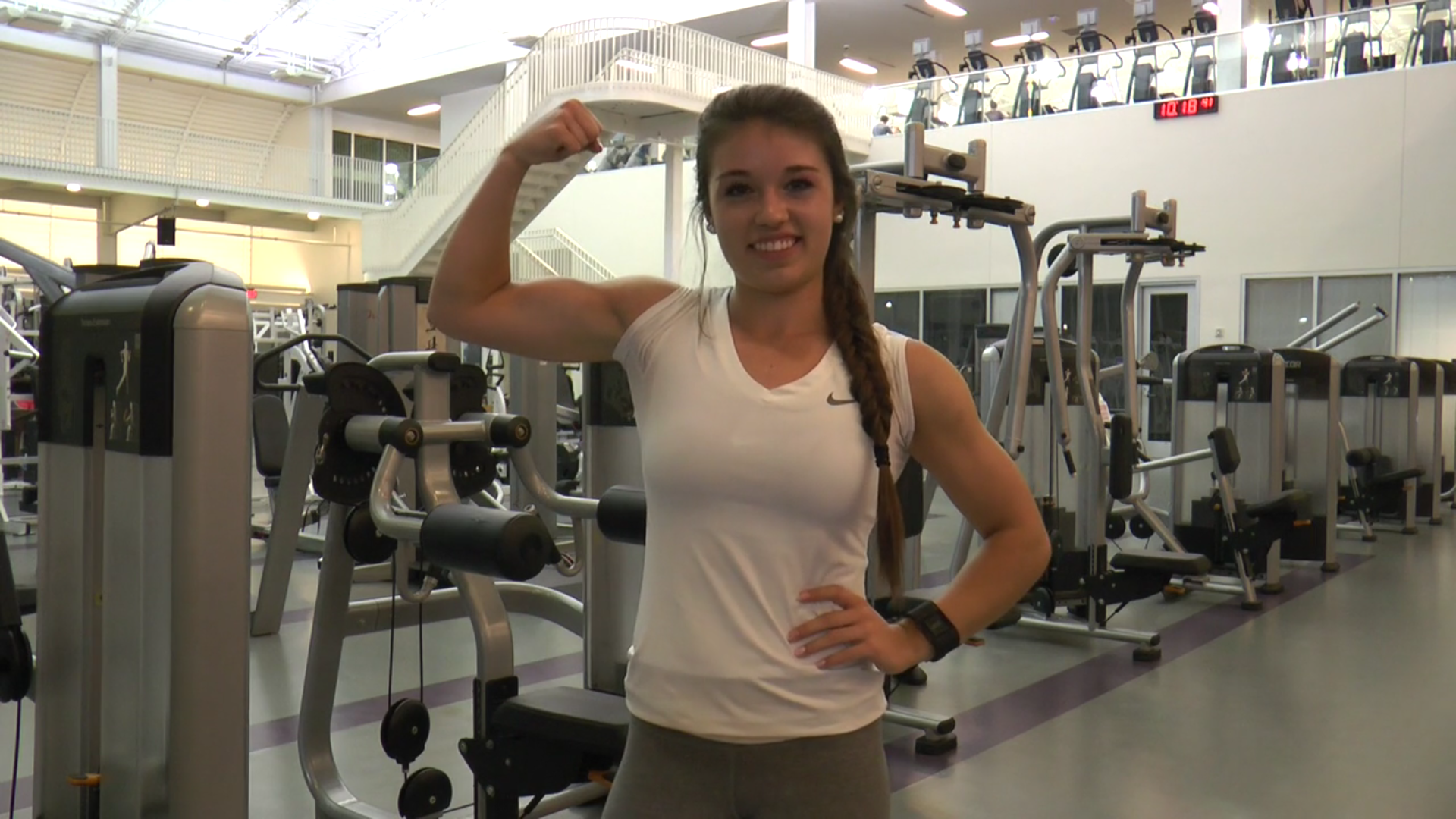 Krista Nussey, who creates posters for the Rec Center, says the gym is almost always split between men in the weight room downstairs and women in the cardio room upstairs.

Nussey said when she or other staff members ask the women why they are not going into the weight room, the typical response is because they don’t want to “get buff.”

“It really bothers me when I hear comments like that because there is a lot of misinformation,” Nussey said. “Lifting weights is very important in maintaining your posture, keeping you strong and keeping you from getting injured.”

Sports psychology major Emma Beserra works in the weight room and is getting certified to be a personal trainer. She said it upsets her when she hears women say they think lifting weights will make them bulky.

“It takes so long for muscles to grow,” Beserra said. “If you’re not lifting extremely heavy all of the time and if you’re not eating a surplus of calories every single day you’re not going to be putting on a ton of muscle.”

The Rec Center staff hopes that the monthly signs displayed at its’ entrance will combat the stigma that women should not be lifting weights. Nussey said even the most subtle sign can be impactful.

“Images play a big role in our subconscious and I think presenting positive images and messages, specifically about women lifting, is very important,” Nussey said.

TCU dietitian Lindsey Mathes said she thinks the overly thin women portrayed in media contribute to this fear of being bulky.

“It’s important to show women lifting weights because it’s helping to promote the idea that women aren’t suppose to be little stick-thin figures,” said Mathes, who also works as a personal trainer.

Mathes said that the health benefits of lifting cannot be matched by anything else.

“If we don’t have that muscle to support us we are at risk for osteoporosis,” Mathes said. “Balance, coordination, and agility are all impacted by a lack of muscle.”

Beserra said she sees women spending endless hours on cardio machines hoping to lose weight but it won’t help them as much as they think.

“When you have more muscle you automatically burn more calories at rest than you would if you didn’t have that muscle,” Beserra said. “When your doing cardio you’re not building your muscle so you’re just burning calories during the workout and not really anytime else.”

Sophia is a senior broadcast journalism and communication studies double major. She is currently writing and producing stories for TCU 360 and TCU News Now.