TCU 360All TCU. All the time.
47.6 F
Fort Worth
Facebook
Instagram
Twitter
TCU 360All TCU. All the time.
The 109 Kimiya International talks about sex trafficking in DFW
Facebook
Twitter
Linkedin
ReddIt
print
The premiere of Kimiya International‘s documentary “Transitions” Monday night at TCU sparked an hour long, thought-provoking discussion about sex trafficking close to home.
After director and producer Sana Syed showed the documentary concerning sex trafficking in Cambodia, she transitioned to open conversation with a statement that surprised some audience members.
“This is happening here,” Syed said. “Right here in North Texas.”
The first question from the audience asked how DFW compared to the rest of the world when it came to sex trafficking.
Panel member Sgt. Byron Fassett, a member of Dallas Police Department’s Child Exploitation Squad, said sex trafficking happens in every major city.
“It’s no different than Cambodia or what I saw in Bangkok,” Fassett said. “We’re just better at hiding it here. These kids are from a not so perfect part of Dallas so it’s easy for us to marginalize them like that.”
Panel member and CNN producer Victoria Kennedy, said in addition to sex trafficking occurring in the United States, American men also victimize women while overseas. What she saw with Syed in Cambodia painted an example.

“It was dark and both roads were lined with tuk-tuks and each tuk-tuk was full of a white western man looking to buy a young girl,” Kennedy said. “The sides of the roads were lined with the traffickers who were parading the young girls. Right up to the tuk-tuks. Right beside the US embassy. To all the western men.”
One audience member asked how prevalent sex trafficking was where she lived in Arlington.
Syed deferred the question to James Hawthorne, former Assistant Police Chief of Arlington who was sitting in the audience.
“The short answer is it’s very prevalent in our city,” Hawthorne said. “When we start trying to address it people tend to marginalize it and say it’s happening over there and it’s happening in Dallas, but certainly not in good old Arlington, right?”
Syed said she started Kimiya International to educate the public on humanitarian issues the media neglected.
“If we do a better job of connecting everyday issues that people see in their communities to what’s happening to this dark world that is co-existing with the world that we live in,” Syed said. “That light still needs to be shed on that. We are talking about it in some context, but it’s not enough to change.”
Fassett said citizens should report observations that do not seem quite right, like a kid sitting at a bus stop alone at night.
“What’s that saying across everything?” Fasset said. “If you see something, say something. Whether it be Traffick 9-1-1, New Friends New Life, Polaris Project, they have numbers that you can find easily that you can call this information in and it comes to us.”
National Human Trafficking Hotline: 888-373-7888.
National Human Trafficking Resource Center Hotline: 1-888-373-7888. 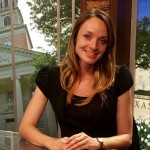