If the pressures of school are becoming a bit too much, consider a new approach to relieving stress: meditation.

The TCU Meditation Group is back this fall with a focus on helping students to reduce stress, ease anxiety and improve sleep.

According to the National Center for Complementary and Integrative Health, meditation is a mind and body practice with a long history of increasing calmness and physical relaxation, improving psychological balance, coping with illness and enhancing overall health and well-being.

Matthew Johnson, a licensed professional counselor, is leading two groups. Each group will be capped at a maximum of 10 students and will gather to meditate once a week for a five to six-week series.

“People in the group range anywhere from no experience in meditation to people who have meditated regularly,” said Johnson. “Most people think it’s about closing your eyes and doing something, and sometimes that is a form of meditation, but there are many forms of meditation.”

Johnson said he will teach students anywhere from 10 to 12 different types of meditation throughout the sessions.

“The first session I introduce three different types of meditation, we practice those together in the group, and after each one we talk about them,” Johnson said. “When I ask students at the end of the group what it was like and what they liked about the group, one thing they say is that they liked being in the group with peers.”

Tristen Oliva, a sophomore nursing major, said she had never practiced meditation but was open to it.

Terry teaches one course per semester in the TCU Honors College and starts each class with five minutes of silent meditation.

“My experience with the students is initially they find it sort of odd, or strange, or at the very least unique that were doing it [meditation] in class,” said Terry. “But by the end of the semester, they’re craving those five minutes of silence at the beginning of class.”

Terry started this practice in the classroom after researching mediation. Once he saw how positively students responded to it, he decided to incorporate meditation as a part of the learning routine.

“What I hear from them is that meditation is often the only stretch of time in a day where they can just breathe,” said Terry. “I feel like it helps students just settle into the classroom better.”

For more information or to sign up for the TCU meditation group, email Matthew Johnson at [email protected] 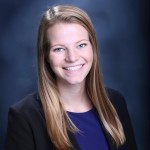