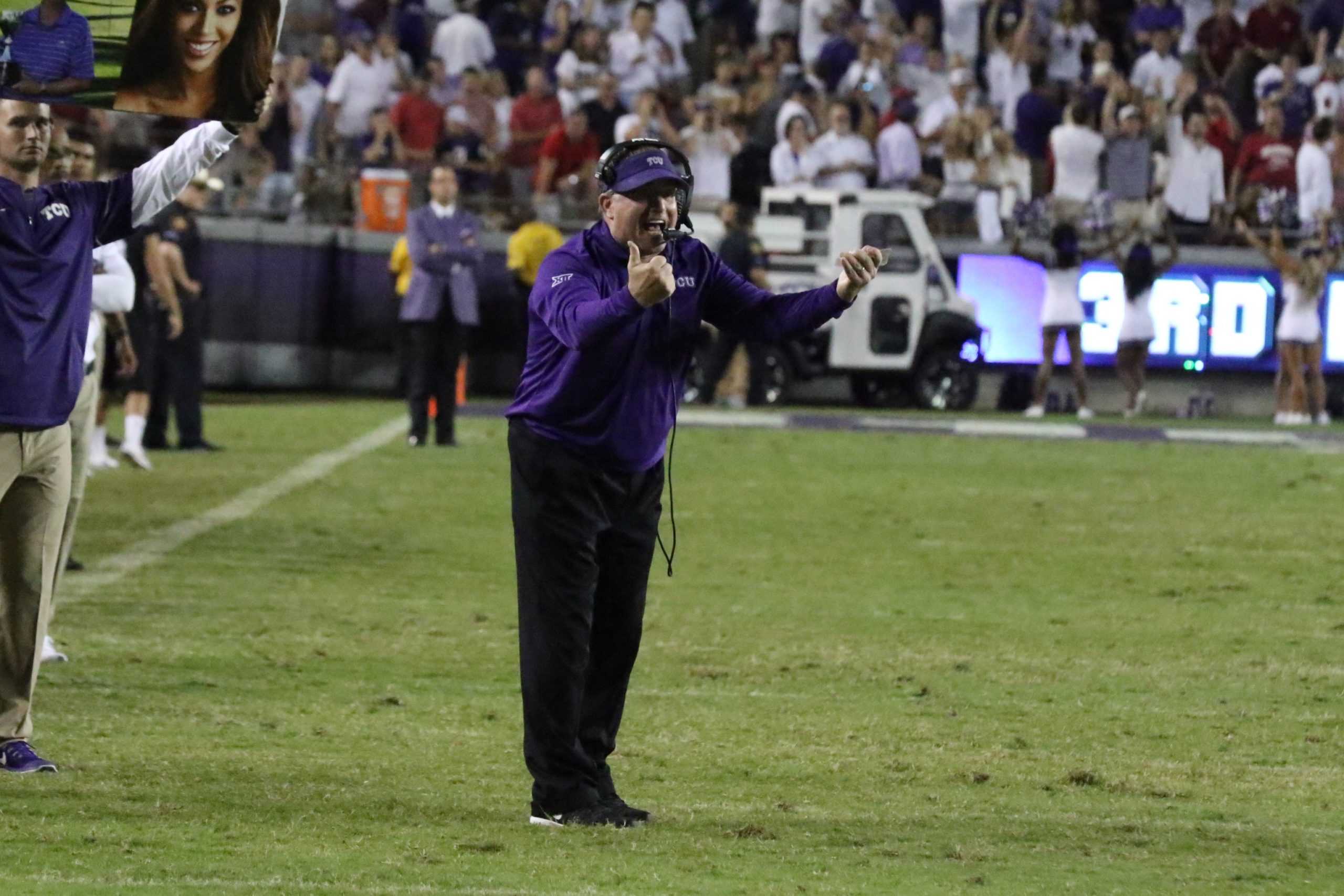 print
A few key players could return to action Saturday when the Frogs travel to Morgantown, West Virginia to play the No. 12, undefeated Mountaineers.

Offensive lineman Trey Elliott could be back after missing the first six games of the season with what was once-thought to be a season-ending injury.

Their absence has made a noticeable difference on the Horned Frog offense.

“I think offensively, they’ve lost a little swagger,” Patterson said. “So, we need to get those guys back.”

TCU may also get some returning help in the defensive backfield as well.

“There’s a possibility of cornerback Julius Lewis being back for this ballgame, which would be a big help,” Patterson said.

Patterson said “there’s no in between” with West Virginia quarterback Skyler Howard and that he “goes all-in” running and throwing the football.

Howard, a Fort Worth native who played for Brewer High School, has passed for 1,590 yards and eight touchdowns with a 66.1 percent completion rate. He’s also rushed 44 times for 195 yards and three touchdowns.

The Mountaineers are also strong at their wide receiver and running back positions.

Defensively, TCU has changed their outlook.

“I’ve given up yardage to make sure we get back to playing base defense,” Patterson said. “We need to generate more takeaways.”

“Defensive end Josh Carraway has been playing at 80 percent because of an ankle injury, but he’ll be at full strength, as well as defensive tackle Aaron Curry,” Patterson said.

TCU is 3-2 against the Mountaineers since joining the Big 12 with West Virginia in 2012. The tenacity in the two teams has led games to be decided on the final play and two in overtime. TCU is 2-0 in Morgantown.

“We’ve always barely got out of there and had to come from behind to win,” Patterson said. “We have to be able to carry our own energy into someone else’s stadium.”

TCU kicks off in Morgantown against the Mountaineers at 2:30 p.m.