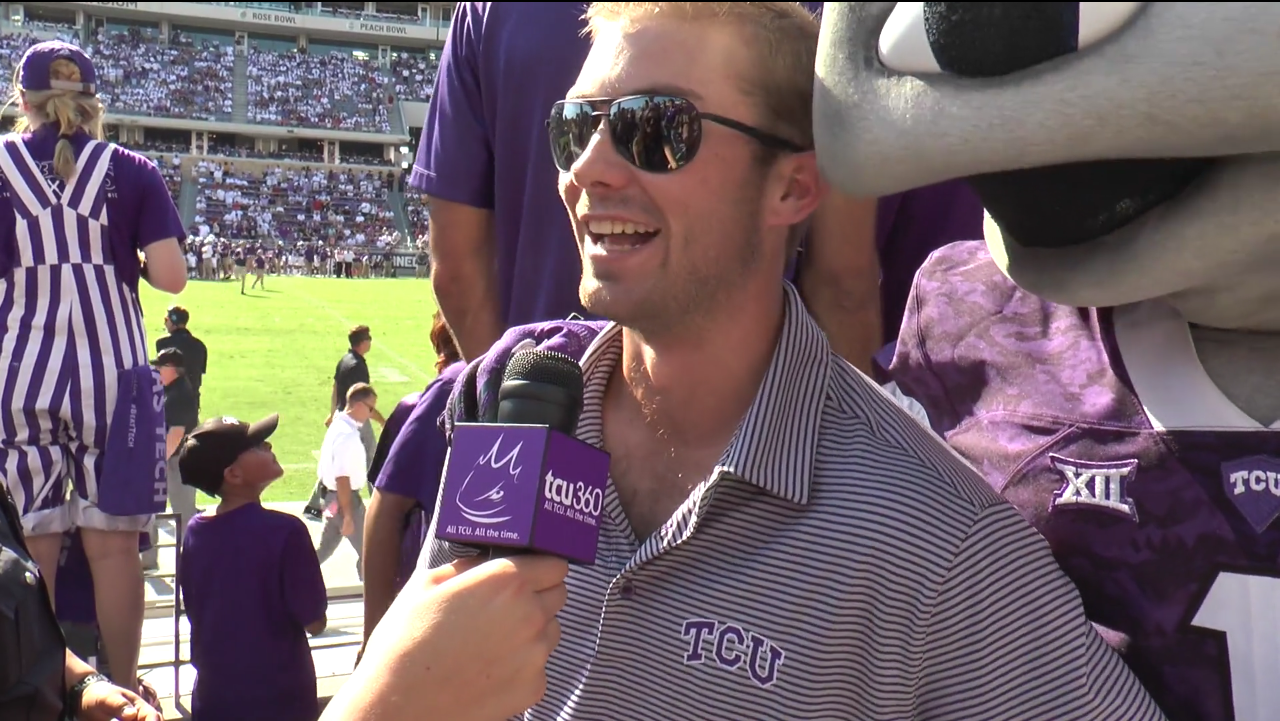 Backup quarterback Foster Sawyer may be getting more snaps.

Coach Patterson said in last Tuesday’s press conference that he should have put Sawyer in for the last two possessions of the West Virginia game.

Sawyer replaced Hill after Hill threw an interception late in the third quarter.

“Both quarterbacks have to play better,” Patterson said. “I thought Foster did some good things.”

With Sawyer at quarterback, TCU capped off the possession with a one-yard touchdown run by Trevorris Johnson to take a 17-10 lead early in the fourth quarter.

In overtime, Foster thread the needle to wide receiver Desmon White for a 25-yard touchdown pass, forcing the second overtime. The pass was Sawyer’s first touchdown this season and third of his career.

Patterson told Big 12 media there hasn’t been a discussion about the quarterbacks for the upcoming game against Baylor.

TCU hits the road on Saturday to play the Baylor Bears in Waco. Kickoff is set for 2:30 p.m.