TCU 360All TCU. All the time.
73.8 F
Fort Worth
Facebook
Instagram
Twitter
TCU 360All TCU. All the time.
The 109 What’s on the Ballot: United States Representative
Facebook
Twitter
Linkedin
ReddIt
print
The 109 is in the 12th Congressional district of the United States House of Representatives. This year, there are three candidates running for the House: incumbent Republican Kay Granger, Democrat Bill Bradshaw, and Libertarian Ed Colliver.

Granger has served District 12 for 10 terms and was listed in CQ Roll Call’s “25 Most Influential Women in Congress.”

The congresswoman is the first and only Republican woman to represent Texas in the U.S. House of Representatives.

Along these same lines, Granger was a strong voice in the investigation of the attack in Benghazi.

Bradshaw’s platform starkly contrasts Kay Granger’s. The liberal candidate was inspired to get into politics by politicians including Bernie Sanders and Elizabeth Warren.

“Americans are tired, angry, stressed out, broke, and realize that the system is rigged,” Bradshaw wrote on his website.

His platform is mainly based on governmental and economic reform, including raising the minimum wage and lowering the prices of prescription drugs.

The Libertarian, Colliver, is running for office because “it seems both parties have lost sight of who they represent and represent the party, not the people.”

“I continue to watch what is going on in D.C. and hope they show some of the values that the rest of us hold dear,” Colliver wrote. “As a citizen, I feel it is time for us to stand up and let our voices be heard by our government.”

All three candidates have their qualifications and their stances, now it’s time to go vote. 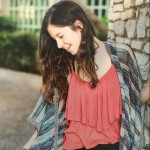