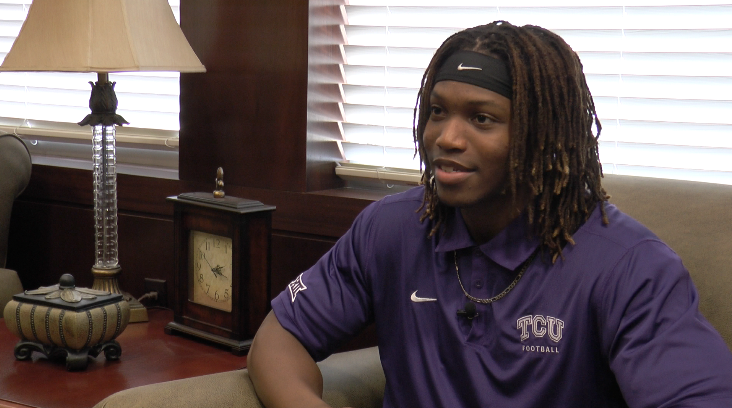 That’s how long it took for Caylin Moore to realize his hard work and determination finally paid off.

“I felt like if I moved it would be me acknowledging that anything is possible,” Moore said. “For those 37 seconds, I wasn’t ready to accept that yet.”

Moore’s dream of being a Rhodes Scholar started in the sixth grade. He interviewed for what some call the world’s most prestigious fellowship on Saturday, Nov. 19. Three hours later he learned that he had been selected to earn a master’s degree at Oxford University.

Moore said he spent the final wait watching Youtube videos and scrolling through Instagram on his phone to calm his nerves. All the while he said he reminded himself to have faith.

“I was like ‘God, I know you are who you say you are,’” he said. “I just kept telling myself to have faith. I was telling myself ‘Caylin Moore you are a Rhodes Scholar.’”

It was about 6:30 p.m. when he and other finalists were called into a room. They circled up, Moore said. Then, names began to be called. One scholar first, then Moore.

Moore said he accepted the packet of the Rhodes Scholar information and then flicked his hair over his head so no one could see him cry.

“I was just caught in the moment,” Moore said.

Moore hugged every finalist there that day and congratulated them. Then, he said he got on his knees and prayed, thanking God.

The Rhodes Scholarship will allow Moore to pursue a master’s in public policy.

Long-term he wants to turn his organization, S.P.A.R.K., (Strong Players Are Reaching Kids) into a national organization so different colleges and conferences will have similar programs. But, ultimately he wants to work in education policy. He said he’s considered working as a state representative, a congressional representative or the mayor of Los Angeles.

“Whatever it is that God is calling me to be, that’s what I’ll do,” Moore said.

Moore said wherever he ends up, he wants his help to end up back in Los Angeles.

Moore said he is honored to think that children can look up to him the way he looked up to other Rhodes Scholar recipients, serving as a role model to them. He said that despite whatever situation people might be facing, you can prevail.

“That means more to me than a Rhodes Scholarship,” Moore said.

Moore will leave for Oxford in late September.

And he said he already knows the first thing on his to-do list: buy a moped.