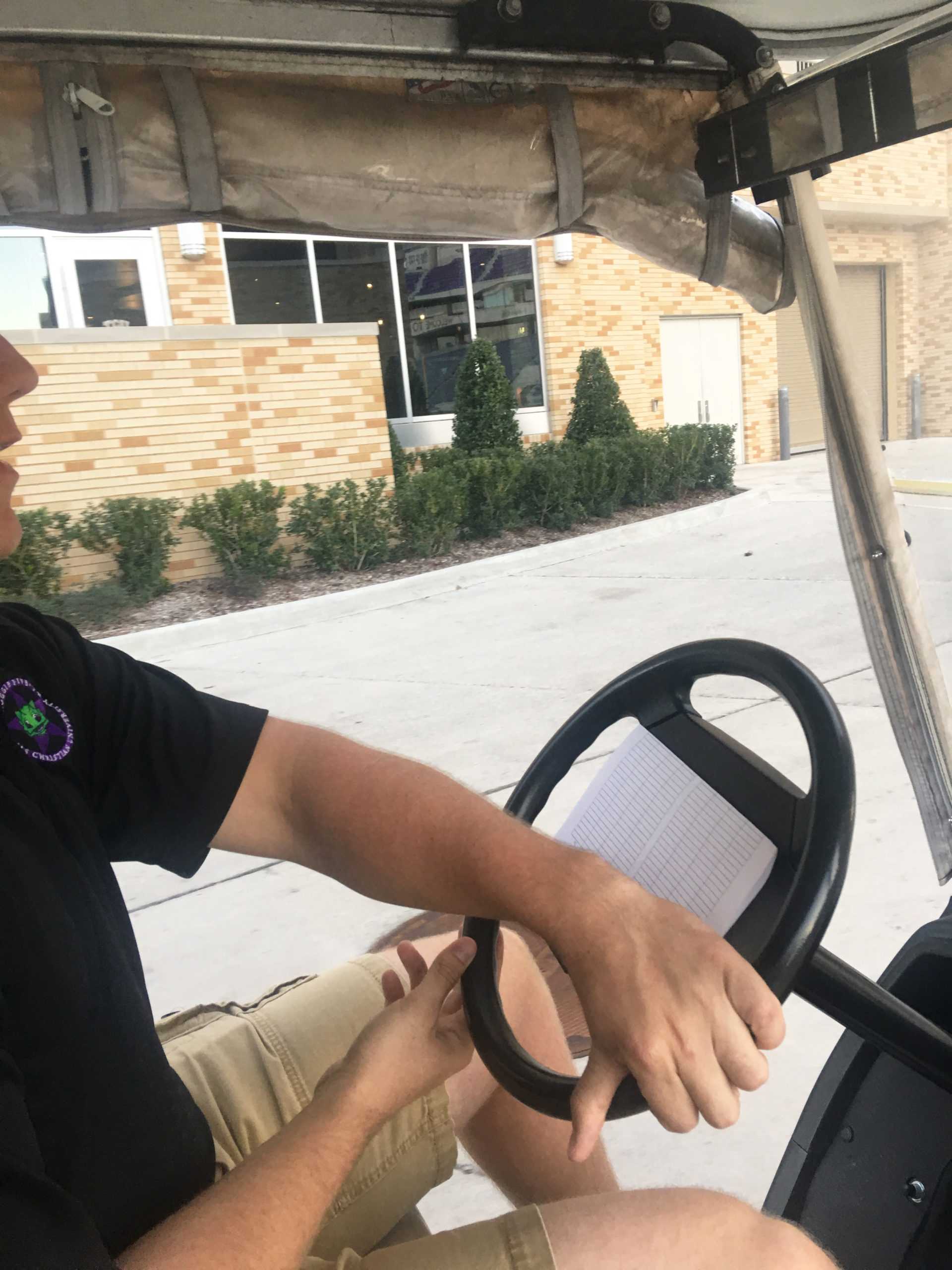 Froggie Five-0 drivers are employed by the TCU police department in an effort to keep unaccompanied students walking on campus safe.

Currently, over three thousand rides are given to students a month.

First-year political science major Veronika Bondarenko said she typically gets a ride every weekend, and during the week if she is going somewhere far from her dorm in Waits Hall.

“When we’re going out it feels much better to be on a safe ride that will get us where we need to go,” Bondarenko said.

Students can call the Froggie Five-0 dispatcher, who is a student, and give them their name, location and number of people in the group and the dispatcher will then send a driver to the student’s location.

Calling is the best option for students who are looking for a ride, said sophomore physical education major Harrison Gillaspy, a Froggie Five-0 nightly shift supervisor.

Gillaspy said Froggie is meant to protect students from sexual assault as well as other dangerous situations on campus.

“If we can somehow get them to call us from wherever they are, get to campus, and we can come pick them up and prevent them from being seen or being kidnapped and just keep them safe,” he said.

Bondarenko said, “I don’t think anything bad will happen, but it has, so knowing someone’s there to get you and make sure your safe is a good feeling.”

Students should continue to use the service even if they are intoxicated, said Christian.

“We don’t want students to be worried about calling for a ride just because they’ve had a couple of drinks,” Christian said. “So as far as the security guards, or Froggie Five-0, go, there will be no alcohol violations.